This week seems to have many news related to 50 years of Apollo 11 spaceflight. Apollo 11 was the spaceflight that first landed humans on the Moon. Commander Neil Armstrong and lunar module pilot Buzz Aldrin, both American, landed the Apollo Lunar Module Eagle on July 20, 1969, at 20:17 UTC. Moon is not just history. Today, a new rush of enthusiasm for lunar exploration has swept up government space agencies, commercial space companies funded by billionaires, and startups that want in on the action. Here’s the tech they’re building that may enable humanity’s return to the moon, and the building of the first permanent moon base.

Here are some links related to Apollo 11:

Apollo 11 really landed on the Moon—and here’s how you can be sure (sorry, conspiracy nuts)

The code that took America to the moon was published to GitHub, and it’s like a 1960s time caps

Three Steps to a Moon Base – Space agencies and private companies are working on rockets, landers, and other tech for lunar settlement

Here is a picture of moon from Wikipedia: 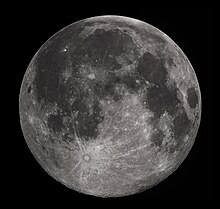