Cyberattacks targeting a local power utility or end-user systems could propagate to the national bulk-power system and affect millions of people. We know that terrorists and state-sponsored actors already have the capabilities to disrupt a country’s power supply. The human costs of power-supply disruptions can go far beyond inconvenience.

On 1 May, Donald Trump signed an executive order aimed at securing the U.S. bulk-power system. The order highlights the U.S. power system’s extreme vulnerability to attacks by hackers, terrorists, state actors, and other malefactors.

As a means of protecting the U.S. bulk-power system, the new executive order bans the purchase of equipment manufactured outside of the United States. The bulk-power system, defined in the order as 69 kilovolts and above, already enjoys tight federal regulation, close oversight, and continuous monitoring.

Local power-distribution systems, much of whose energy delivery is below 69 kilovolts, are another story. Because these distribution networks are regulated locally by states and municipalities, and not by the federal government, they fly under the radar of the new executive order. But they are still just as vulnerable to attack.

Executive Order Shines a Light on Cyberattack Threat to the Power Grid
https://spectrum.ieee.org/energywise/energy/policy/executive-order-shines-a-light-on-cyberattack-threat-to-the-power-grid 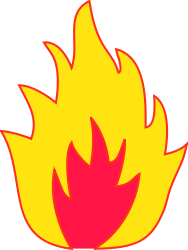