How Clean is Your Cloud and Telecom?

Greenpeace report How Clean is Your Cloud? I saw mentioned in 3T magazine news is actually quite interesting reading. This year’s report provides a look at the energy choices some of the largest and fastest growing IT companies. The report analyzes the 14 IT companies and the electricity supply chain in more than 80 data center cases. 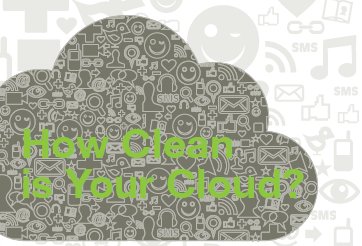 The report contains also lots of interesting background information on both IT and telecom energy consumption. I recommend checking it out. Here are some points picked from How Clean is Your Cloud? report:

Facebook, Amazon, Apple, Microsoft, Google, and Yahoo – these global brands and a host of other IT companies are rapidly and fundamentally transforming the way in which we work, communicate, watch movies or TV, listen to music, and share pictures through “the cloud.”

The growth and scale of investment in the cloud is truly mind-blowing, with estimates of a 50-fold increase in the amount of digital information by 2020 and nearly half a trillion in investment in the coming year, all to create and feed our desire for ubiquitous access to infinite information from our computers, phones and other mobile devices, instantly.

The engine that drives the cloud is the data center. Data centers are the factories of the 21st century information age, containing thousands of computers that store and manage our rapidly growing collection of data for consumption at a moment’s notice. Given the energy-intensive nature of maintaining the cloud, access to significant amounts of electricity is a key factor in decisions about where to build these data centers. Industry leaders estimate nearly $450bn US dollars is being spent annually on new data center space.

Since electricity plays a critical role in the cost structure of companies that use the cloud, there have been dramatic strides made in improving the energy efficiency design of the facilities and the thousands of computers that go inside. However, despite significant improvements in efficiency, the exponential growth in cloud computing far outstrips these energy savings.

How much energy is required to power the ever-expanding online world? What percentage of global greenhouse gas (GHG) emissions is attributable to the IT sector? Answers to these questions are very difficult to obtain with any degree of precision, partially due to the sector’s explosive growth, a wide range of devices and energy sources, and rapidly changing technology and business models. The estimates of the IT sector’s carbon footprint performed to date have varied widely in their methodology and scope. One of the most recognized estimates of the IT sector’s footprint was conducted as part of the 2008 SMART 2020 study, which established that the sector is responsible for 2% of global GHG emissions.

The combined electricity demand of the internet/cloud (data centers and telecommunications network) globally in 2007 was approximately 623bn kWh (if the cloud were a country, it would have the fifth largest electricity demand in the world). Based on current projections, the demand for electricity will more than triple to 1,973bn kWh (an amount greater than combined total demand of France, Germany, Canada and Brazil).

The report indicates that, due to the economic downturn and continued energy efficiency and performance improvements, global energy demand from data centers from 2005-2010 increased by 56%. Estimates of data center electricity demand come in at 31GW globally, with an increase of 19% in 2012 alone. At the same time global electricity consumption is otherwise essentially flat due to the global recession is still a staggering rate of growth.

Given the scale of predicted growth, the source of electricity must be factored into a meaningful definition of “green IT”. Energy efficiency alone will, at best, slow the growth of the sector’s footprint. The replacement of dirty sources of electricity with clean renewable sources is still the crucial missing link in the sector’s sustainability efforts according to the report. 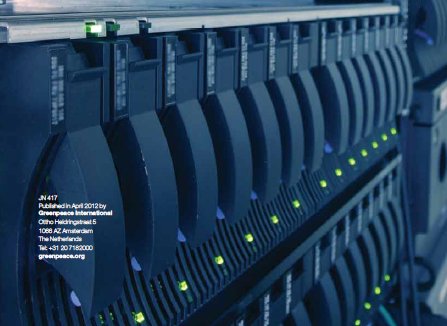 The global telecoms sector is also growing rapidly. Rapid growth in use of smart phones and broadband mobile connections mean mobile data traffic in 2011 was eight times the size of the entire internet in 2000. It is estimated that global mobile data traffic grew 133% in 2011, with 597 petabytes of data sent by mobiles every month. In 2011, it is estimated that 6 billion people or 86.7% of the entire global population have mobile telephone subscriptions. By the end of 2012, the number of mobile connected devices is expected to exceed the global population. Electronic devices and the rapidly growing cloud that supports our demand for greater online access are clearly a significant force in driving global energy demand.

What about telecoms in the developing and newly industrialized countries? The report has some details from India (by the way it is expected that India will pass China to become the world’s largest mobile market in terms of subscriptions in 2012). Much of the growth in the Indian telecom sector is from India’s rural and semi-urban areas. By 2012, India is likely to have 200 million rural telecom connections at a penetration rate of 25%. Out of the existing 400,000 mobile towers, over 70% exist in rural and semi-urban areas where either grid-connected electricity is not available or the electricity supply is irregular. As a result, mobile towers and, increasingly, grid-connected towers in these areas rely on diesel generators to power their network operations. The consumption of diesel by the telecoms sector currently stands at a staggering 3bn liters annually, second only to the railways in India.

What is the case on other developing and newly industrialized countries? I don’t actually know.

NOTE: Please note that that many figures given on the report are just estimates based on quite little actual data, so they might be somewhat off the actual figures. Given the source of the report I would quess that if the figures are off, they are most probably off to direction so that the environmental effect looks bigger than it actually is.