Yesterday evening tech news were all about Standardized Laptop Charger Approved By IEC. The IEC, the standards body which wrote the phone charger specification used in the EU, has approved a standardised laptop charger. IEC is optimistic that it will lead to a reduction in electronics waste and make it easier to find a replacement charger.

Could this be the Major milestone: single charger for notebook computers will significantly reduce e-waste? Each year billions of external chargers are shipped globally. Power supplies for notebooks weigh typically around 300 but sometimes up to 600 grams. They are generally not usable from one computer to the next. The characteristics of the power supplies vary quite much: voltage, available power, connector type and grounding practices. A typical Ultrabook uses a light 45-65 watt power supply, while mobile workstations can need more than 100 watts. 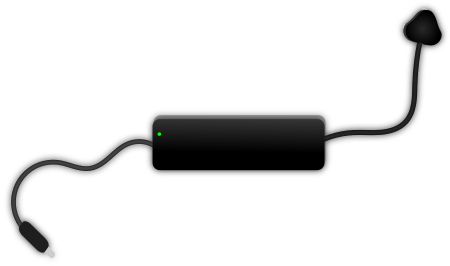 The aim of the new standard is to allow consumers to use a single external charger with a wide range of notebook computers. The IEC Technical Specification 62700: DC Power supply for notebook computer, comprises the input of experts from many countries around the world and has been accepted by the National Committees participating in IEC TC (Technical Committee) 100: Audio, video and multimedia systems and equipment.

This new IEC Technical Specification 62700 covers critical aspects of external chargers for notebook computers, their connector and plug, as well as safety, interoperability, performance and environmental considerations. IEC Technical Specification 62700: DC Power supply for notebook computer, will be available in early 2014. The IEC has not given a date for when the new universal charging standard will begin to appear in the market.

IEC General Secretary and CEO Frans Vreeswijk said, “The IEC International Standards for the universal charger for mobile phones has been widely adopted by the mobile phone industry and is already starting to help reduce e-waste. A single power supply covering a wide range of notebook computers is the next step in lowering e-waste and its impact on our planet. I am proud that the IEC has yet again managed to make the best possible technical solution available.”

Will this new standard be widely adopted? It is hard to say. This time IEC might have a have a swing and a miss on its hands: the new standard will be directly competing with the rival USB Power Delivery Standard, allowing compatible USB cables and ports to carry up to 100W of power – easily enough to charge a laptop without the need for a traditional DC socket like that proposed by the IEC.

The mobile phone industry had already largely moved towards adopting micro USB as a standard connector for charging, with the notable exception of Apple. In the laptop world, there is a much wider variety of connector types and the voltage and current requirements differ even among models from the same manufacturer, so it is doubtful that a single charger could power every available laptop on the market.

One universal power supply standard does not help in any way the problem of the traveler: different electrical power outlets on different countries. The IEC tried years ago to solve the adapter “hell” in there, but without much success. An international standard for electrical outlets in the home are available from the IEC. However, IEC 60906-1 is hardly known. He is very similar to the Swiss plug type J.

Let’s see what happens on around this new power supply standard. Would it be widely adopted quickly or largely forgotten. Both alternatives are very well possible. If the standard will be adopted, how does it affect the quality and pricing of laptop power supplies. There has been some quality issues on the laptop power supplies: EU market surveillance authorities tested the campaign, a total of 136 viable computer charger. The test results showed that almost half of the products checked sent to its environment that exceeds the maximum electromagnetic interference. Very significant weaknesses found in the labeling of products and documents. Only about 30 per cent of the products labels and documents were compliant.