According to Space Directory of Finland Finland entered space activities in the mid 1980’s and joined the ESA in 1987. Finnish industry and science have played an important role in many European satellite missions and there are Finnish Companies in Space Technology Industry, but we have not had our own satellite. It seems that in 2016 we are going to get our own satellite to orbiting earth. It seems that we are actually getting two satellites: Aalto-1 from Aalto University and  Reaktor Hello World satellite from commercial company Reaktor. 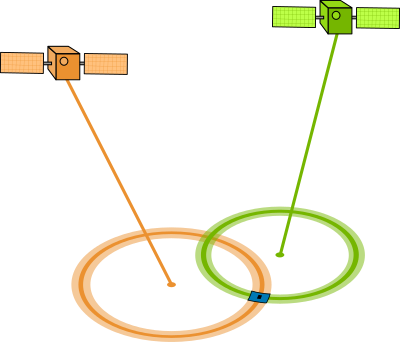 It seems that the Finnish satellite race began as Nanosatellites open up space research as Finland builds its first satellite some years ago (project time 2010-2016). In this program students at Finland’s Aalto University are carefully piecing together their country’s first satellite called Aalto-1. The Aalto-1 is a bit taller than a milk carton and weighs 3kg. I saw some material and some hardware test version at Avaruusrekka exhibition at Aalto University at 2012.

It is an example of a nanosatellite, or nanosat, and is one of many being assembled right now in Europe. Conventional satellites are heavier and much larger than nanosats and more expensive to fire into space. “As a general rule of thumb, every 1kg of satellite adds €50,000 to the launch cost“.Finland’s first satellite into space leaves to space  in late spring 2016: Students built by Aalto-1 satellite is ready to begin the journey towards the SpaceX Falcon 9 rocket firing positions on the west coast of the United States. Here is a YouTube video of Aalto-1 satellite (in Finnish language):

Then comes another satellite: Hello World satellite from Reaktor space program. Reaktor Space Program is launching first satellite, Reaktor Hello World, in the fall of 2016. The project approach included being realistic and trying out new things. The project builds the satellite hardware, programs the satellite, sets up ground station and arranges launch. The people from Reaktor were dealing with the Aalto University School of satellite projects. Reaktor quickly realized the commercial potential of emerging academic research in space technology so it started it’s own satellite program. Reaktor put on the table plans for nano-satellites according to the Cubesat standard, which in itself is not a new invention – In just over ten years of similar Cubesat weight a few pounds of equipment has already been launched into space almost 500 pieces. Nano Satellites are located exactly in the optimal crossing point. In a few kilos can accommodate many tasks a sufficient number of components for smart phone like functionality, but the trip cost will still be a commercially reasonable level (EUR 50 000 -  100 000 per kilogram). Lightly space and little money brings to unfinished intermediate stage called MVP (Minimum Viable Product), which could translate into minimal functional development version. Reactor’s two kilos Hello World satellite can be more akin to flying mobile phone than traditional satellite hardware.