Debunking The Unscientific Fantasy Of 100% Renewables

Mark Jacobson of Stanford said America could easily become 100% renewable by mid-century. Jacobson published a paper in 2015 that claimed we could get rid of all other energy sources except wind and solar, and a tiny bit of other renewables, by 2050, and that it would be easier and cheaper than any other alternative mix. Jacobson’s paper has become the bible of alternative energy. It has also spawned a horde of state and federal policies.

There is one big problem: Jacobson’s claim is at complete odds with serious analyses and assessments. It seems that the paper has major errors pointed out by the scientific community. It seems that the mandated goals can’t be achieved with available technologies at reasonable prices 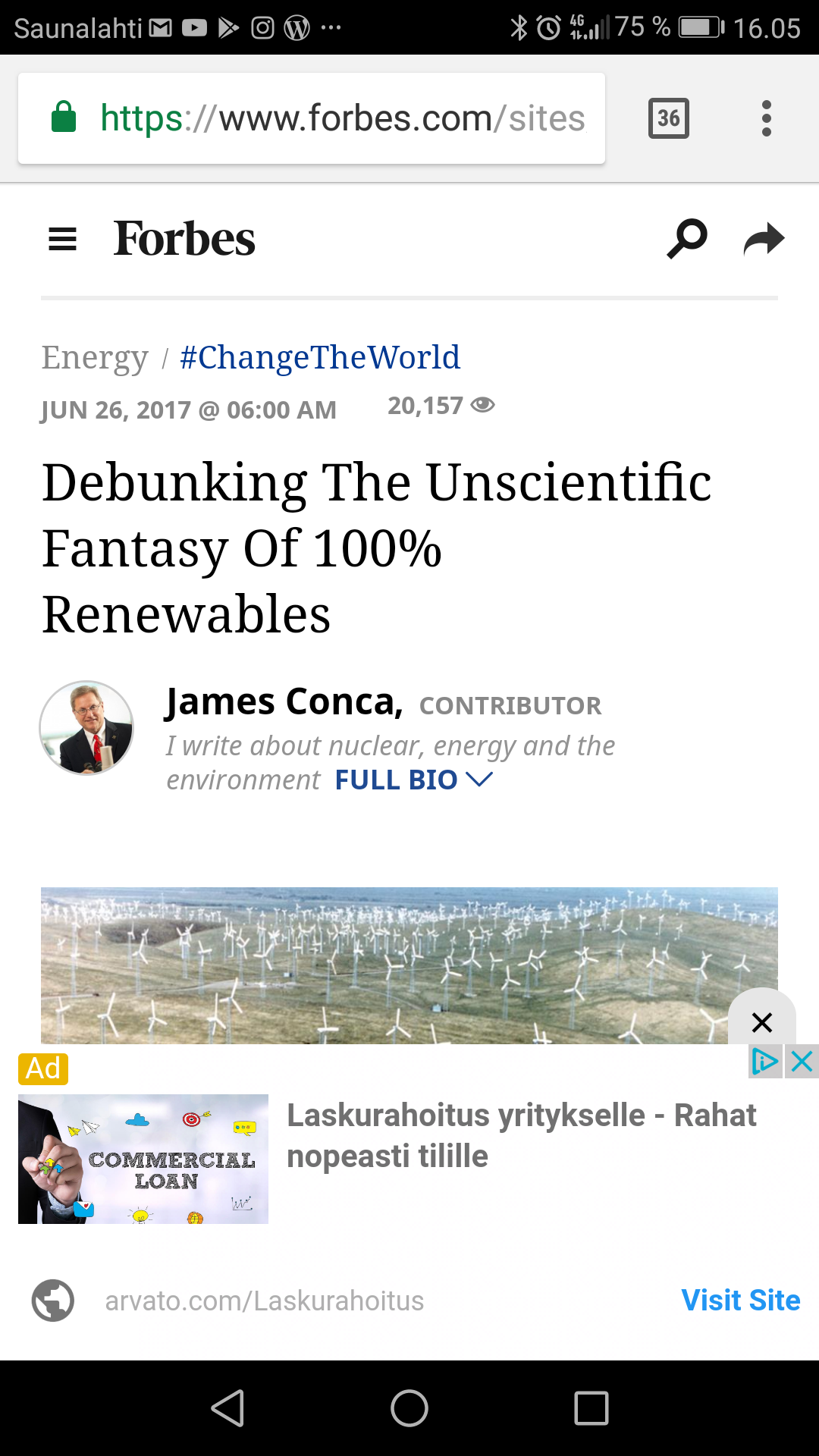