Scientists Have Connected The Brains of 3 People, Enabling Them to Share Thoughts

This is fancy as one science fiction coming reality!
Neuroscientists have successfully hooked up a three-way brain connection to allow three people share their thoughts – and in this case, play a Tetris-style game. The team thinks this wild experiment could be scaled up to connect whole networks of people.
It works through a combination of electroencephalograms (EEGs), for recording the electrical impulses that indicate brain activity, and transcranial magnetic stimulation (TMS), where neurons are stimulated using magnetic fields. 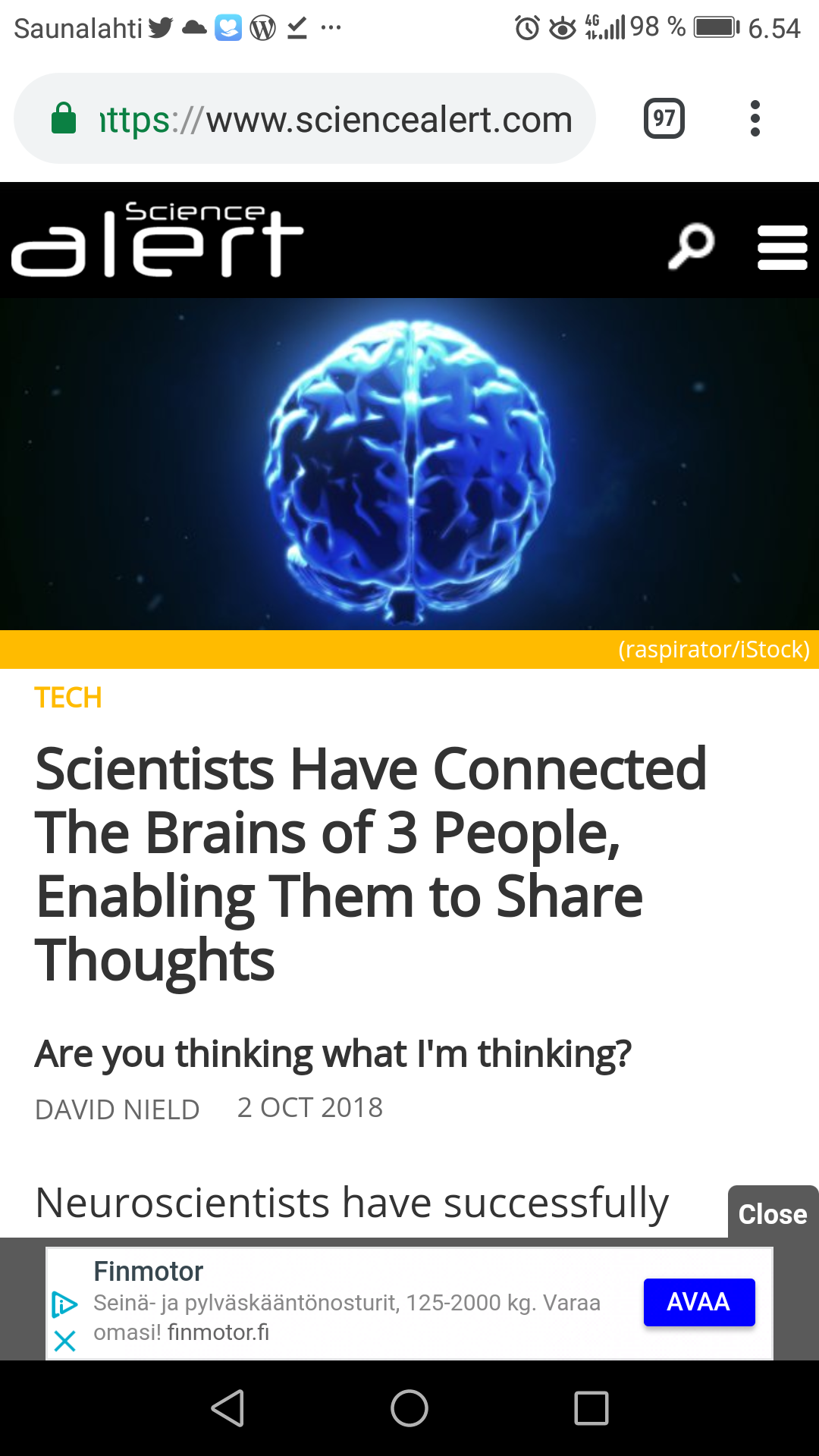 Are you thinking what I’m thinking?