I have understood that hooking up an old telephone handset to work with a cell phone is simply a matter of connecting together the correct wires. You need to wire the microphone and speaker in the old telephone’s handset to the microphone and speaker in the cell phone’s headset connector. I decided to try that connection. For background information I read articles https://www.instructables.com/id/Connecting-a-telephone-handset-to-your-cell-phone/ and https://www.instructables.com/id/Adapting-a-Telephone-Handset-to-a-Cell-Phone/ and also my Android device external mic wiring posting.

Here is my first testing I did with my laptop that has same type of headset/headphones connector that cell phones use with the same pin-out. Here I wired the microphone part of handset to make sure that I got microphone + and – sides right. 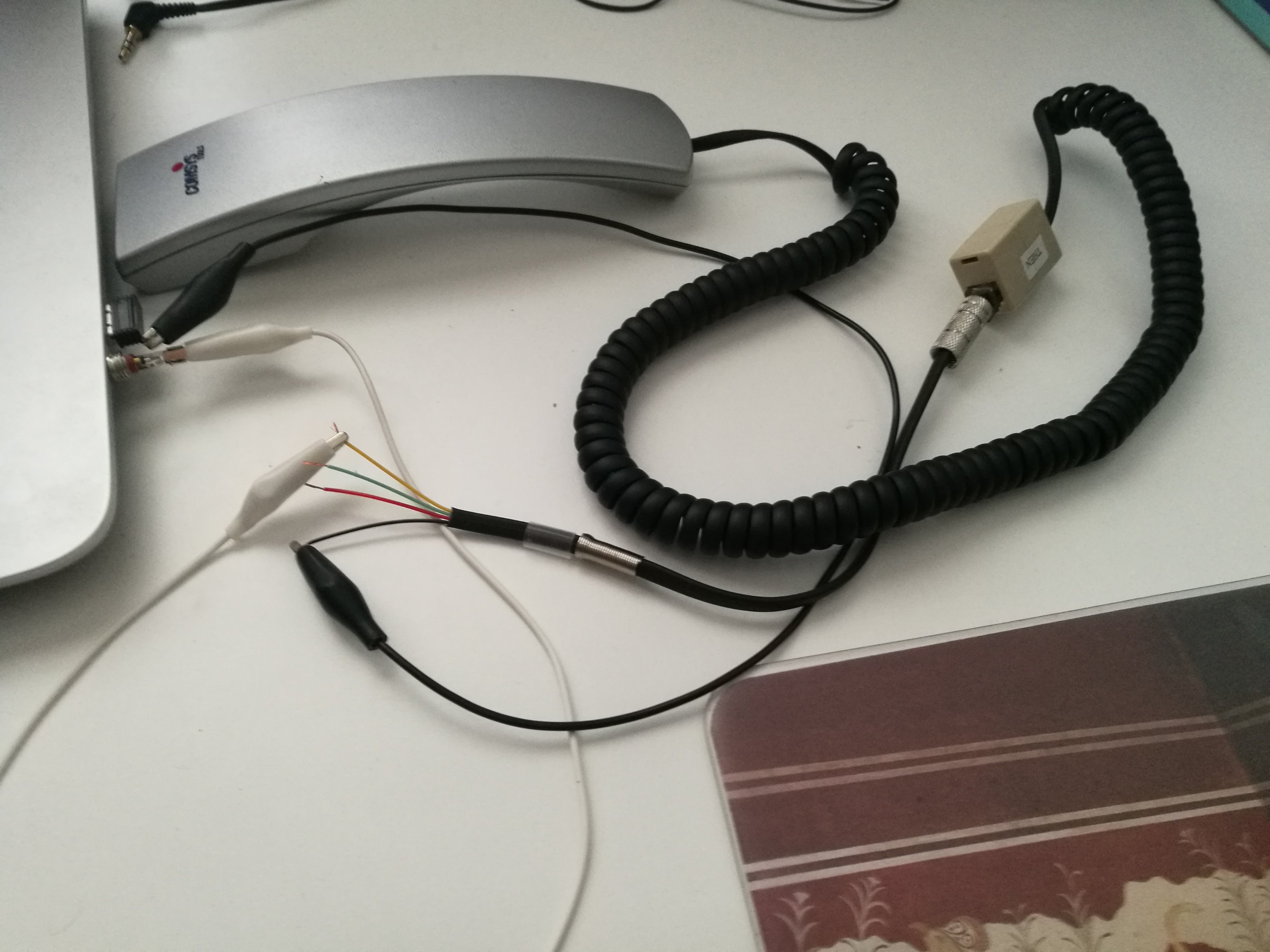 For reference on the connector pin-out from Adapting a Telephone Handset to a Cell Phone article. It is the pin-out used by Android smart phones and computers.

And here is the example circuit diagram of Samsung headset from Android Central forum:

For microphone wiring the the idea is to just wire the mic wires between ground and mic input. Modern handsets use electret microphones with quite similar characteristics as computer or smart phone handsets. The polarity of those wires can have effect how well things works. Expect that the mic works well only when wired one right way and might not work at all on the wrong way (it is possible that some handset could work OK with both polarities). At my testing I got the polarity right at first attempt.

Then all I had to do is to solder the wires to the TRRS connector I happened to have. 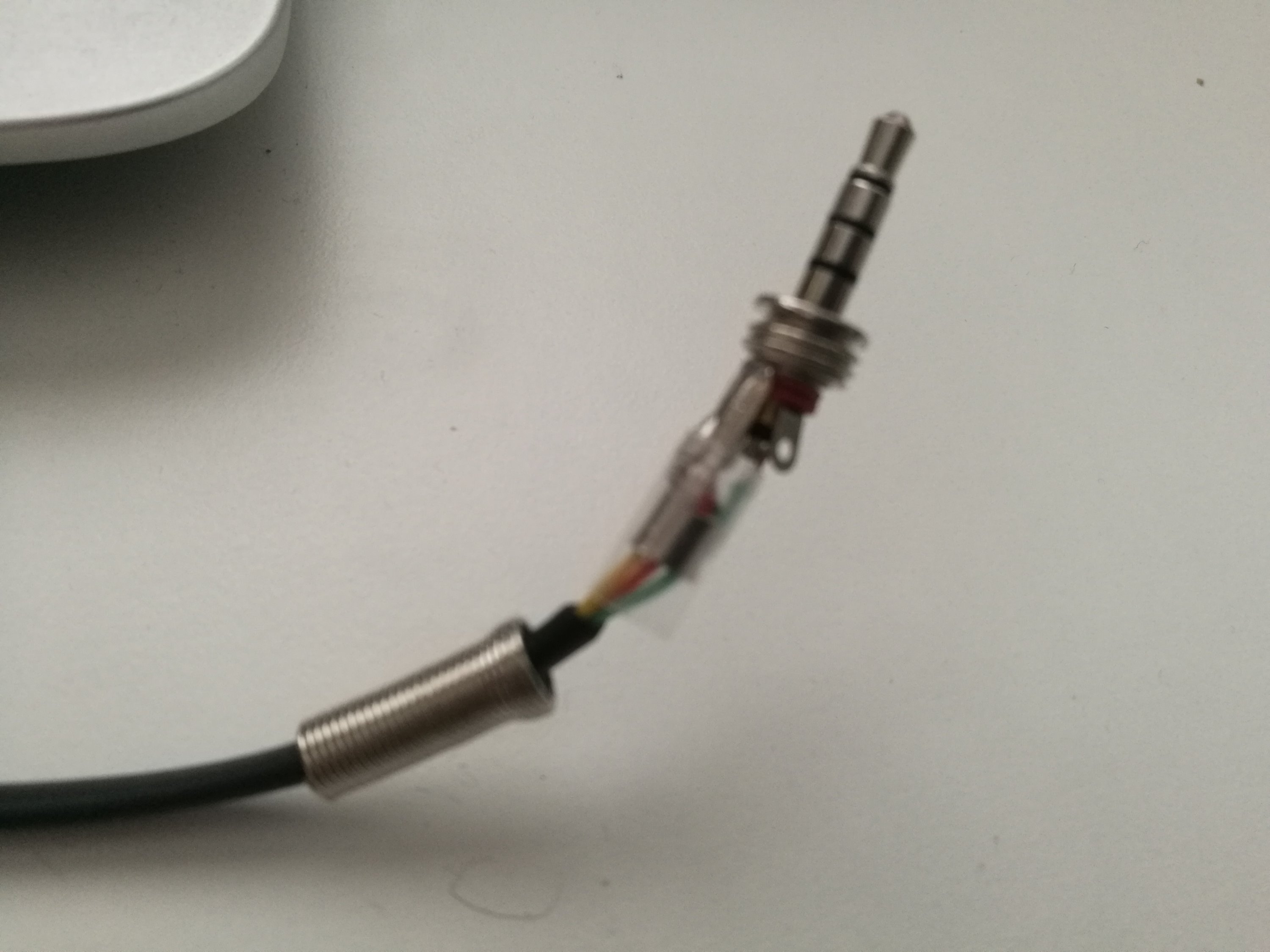 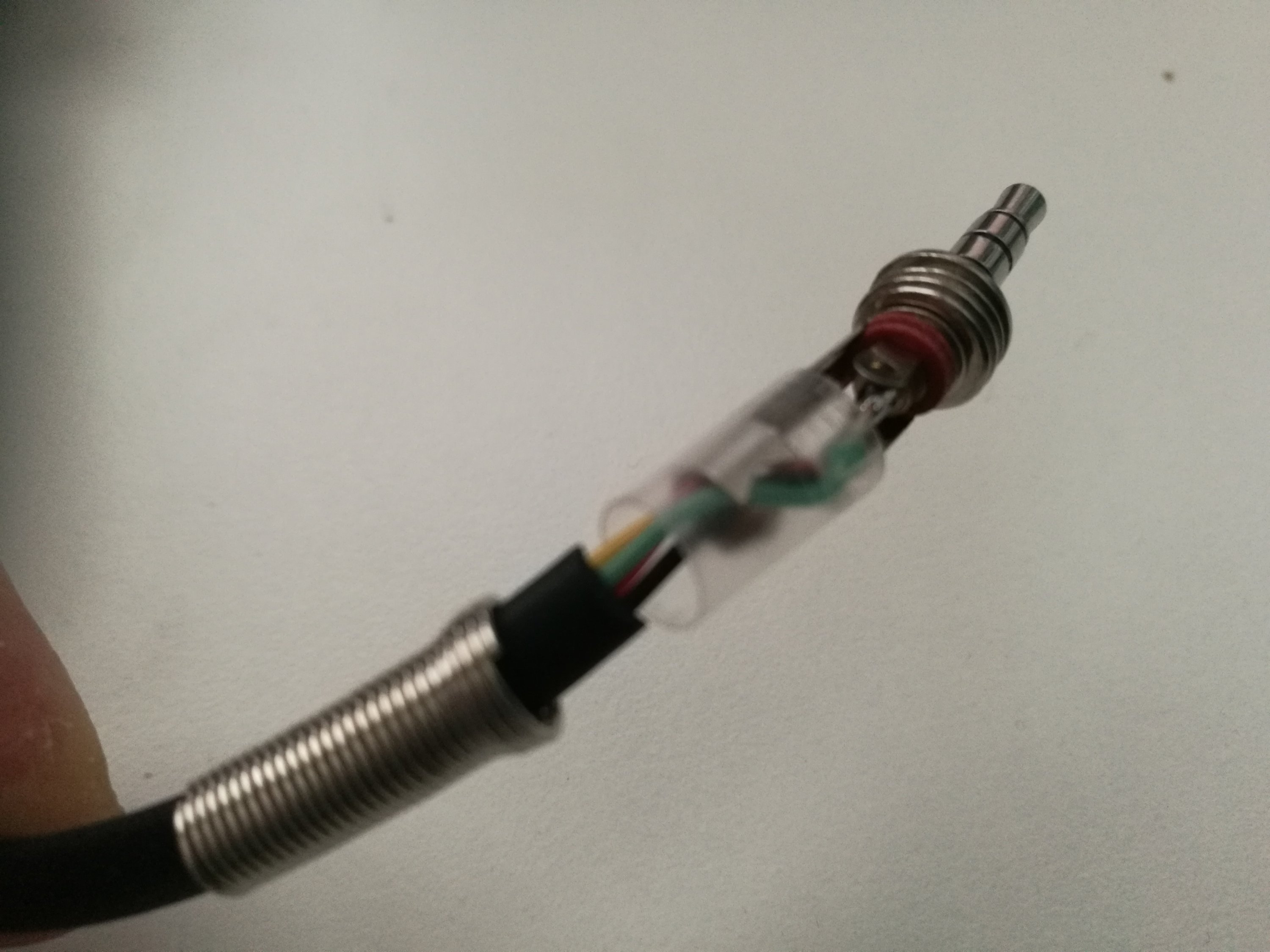 Things worked well then I tested. I could hear sound playback and I could record sound.

But I got one somewhat expected problem: I get humming noise if I touch the metal case of my connector with finger.

The mains frequency noise is caused by the fact that the metal case of the connector makes contact with shield pin on the TRRS plug. Normally it would be expected that that pin would be ground, but for some reason the modern industry standard is that this pin carries instead quite sensitive microphone signal. I should have used connector with plastic body. 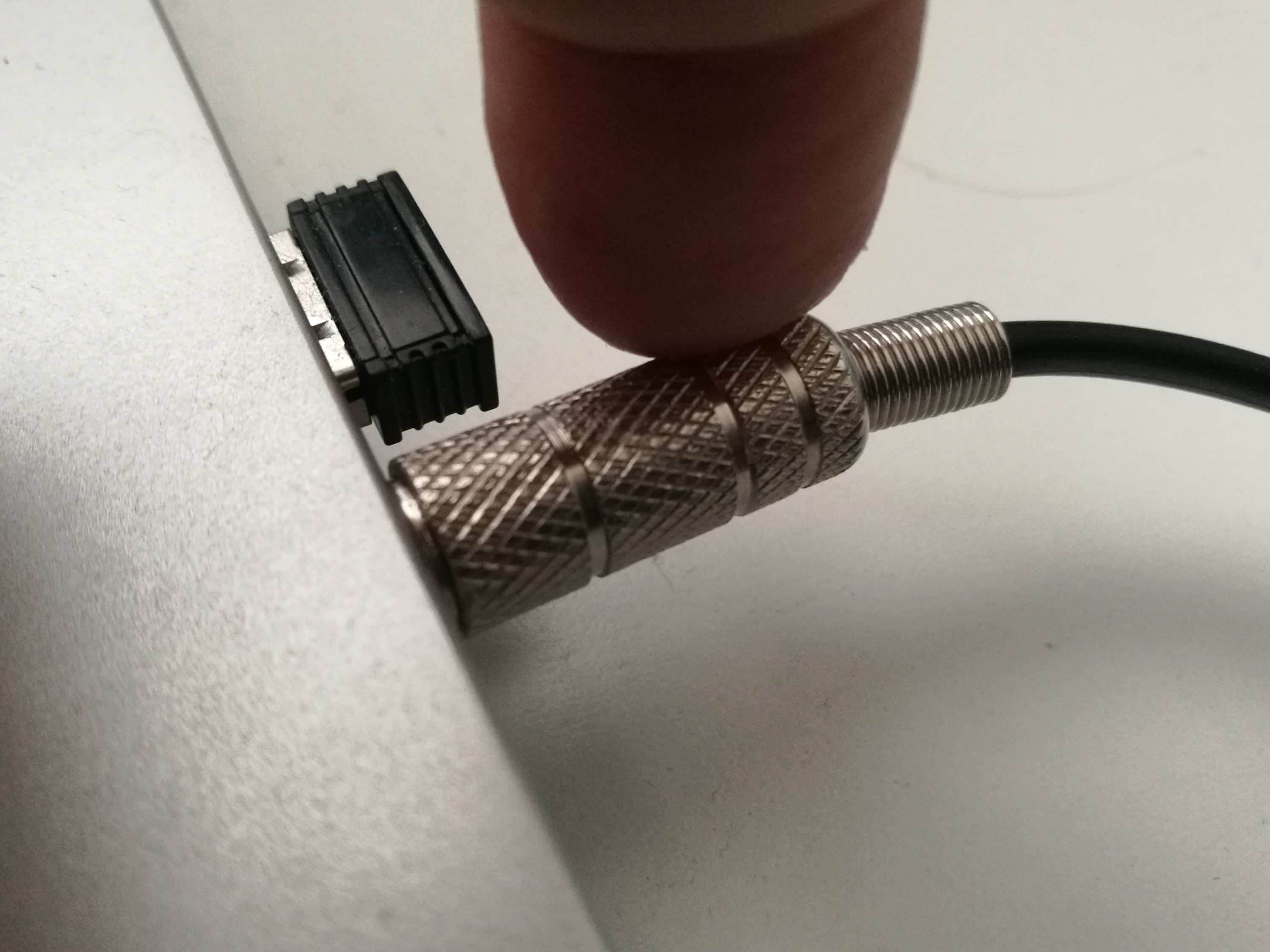 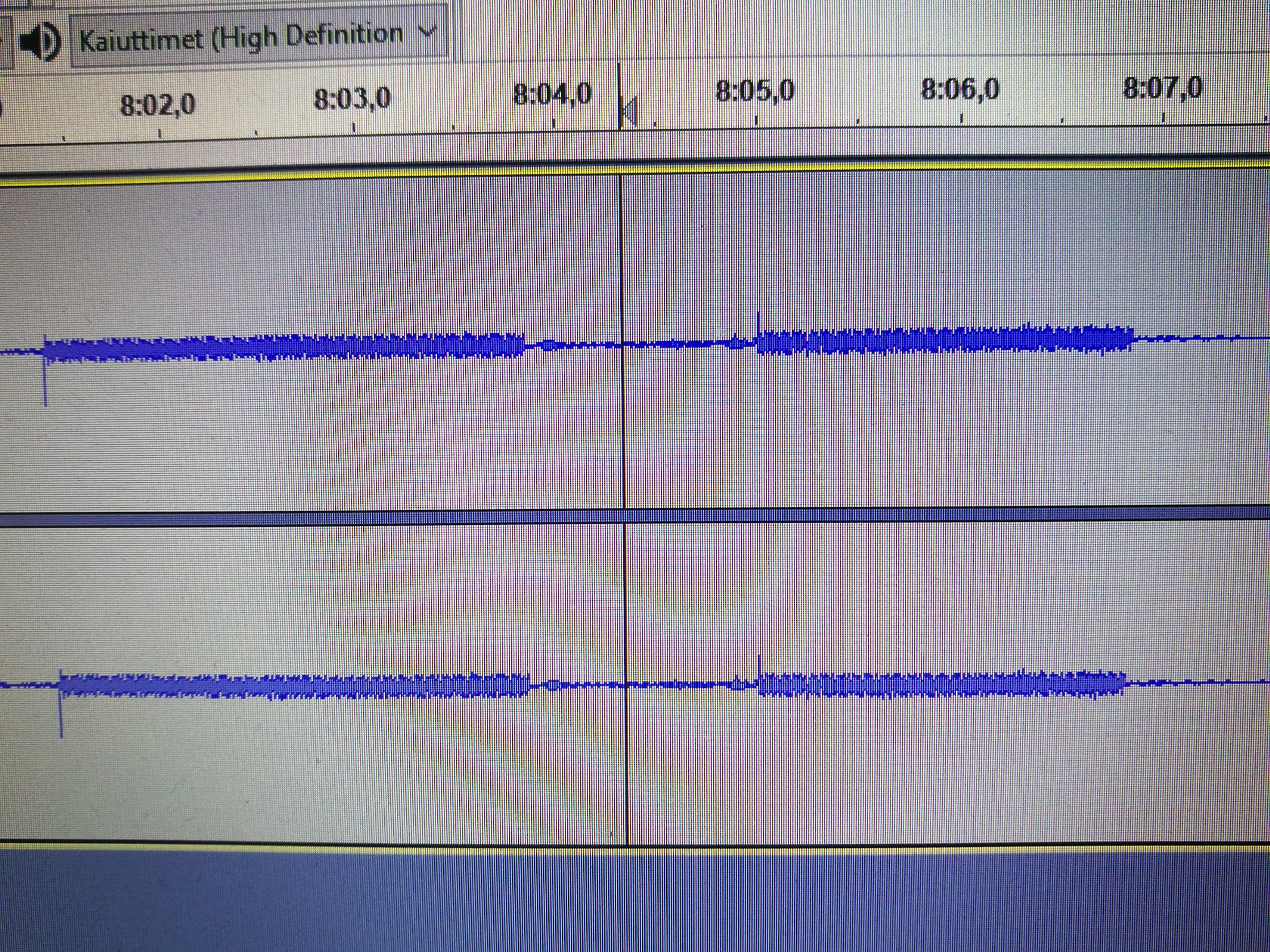 Improvement ideas (not yet implemented):