Now there is another risk to consider: most fluorescent lamps powered from 230V AC have a filtering capacitor on power input between live and neutral. This is typically there for interference suppressing and/or power factor correction.

That capacitor is normally X rated “self healing” type, but they can sometimes fail. When they fail their case starts turning black, and they can start putting out smoke – and potentially start a fire.

Here is one example: 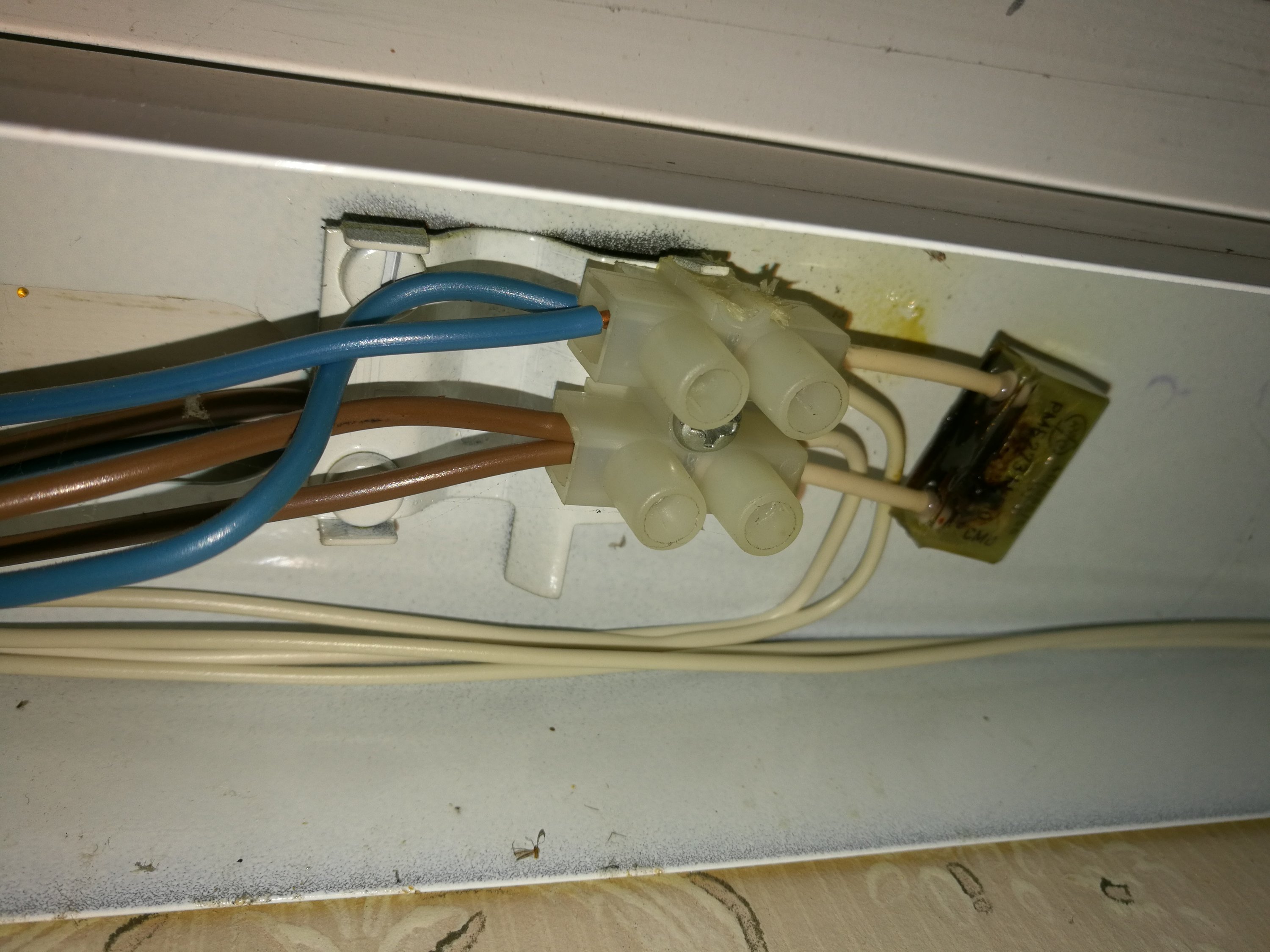 Maybe it’s a good idea to start to replace very old fluorescent lamps before they fail. The replacement means replacing the whole lamp – using safety starter or LED bulb does not help in this problem.