2in1 Wireless and Wired Microphone

I got a very cheap wired/wireless mic  from Wish.com. I plan was to have a cheap “disposable” microphone for uses where I don’t want risking the more expensive microphone. Basically the product looks OK. The construction is plastic, but till feels acceptable for the price (less than 10 Euros on sale). If I get this working OK as wired mic, it would be a bargain, and if wireless mode is useful, that would be a huge bonus. 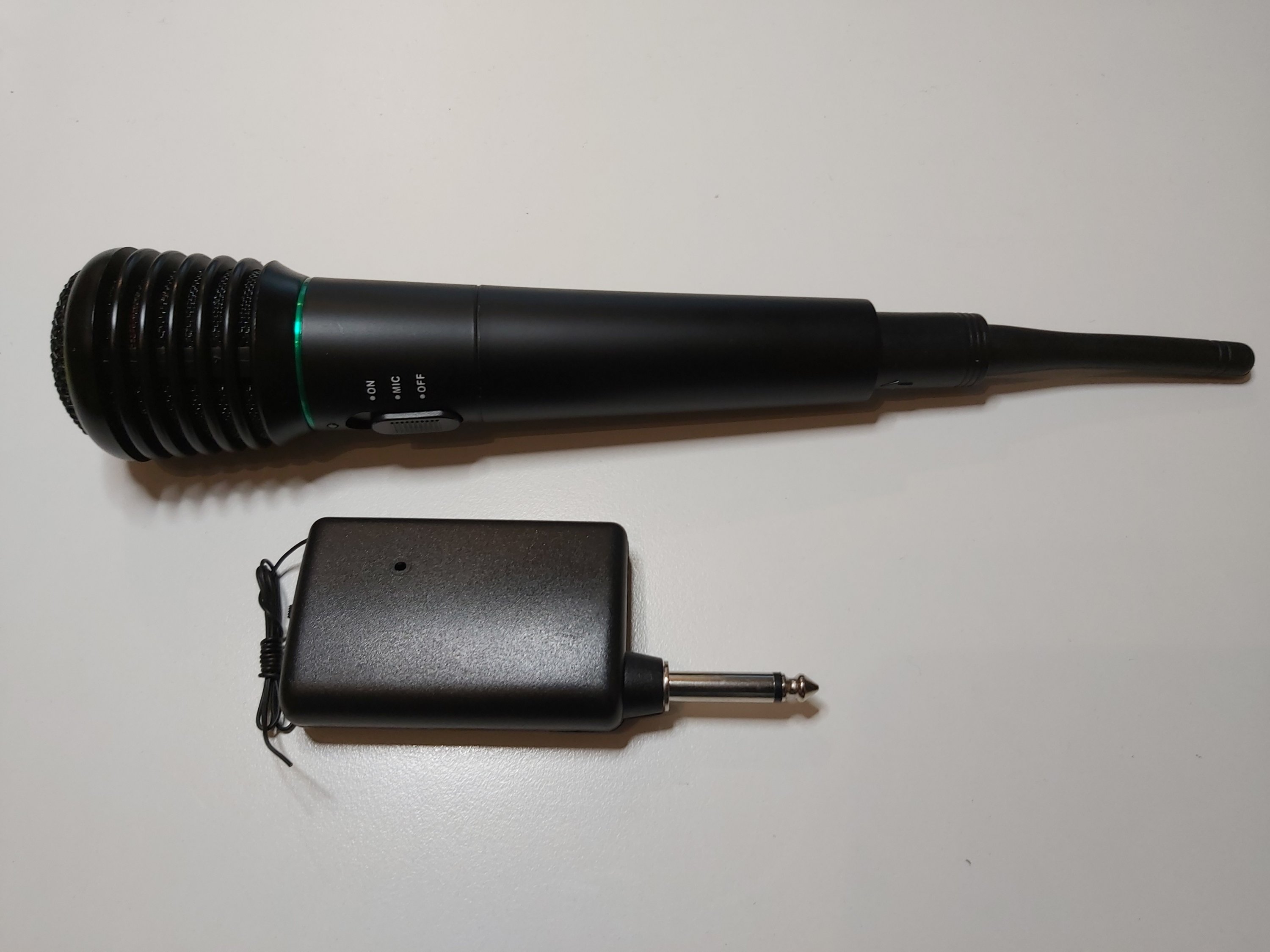 Initial testing of wireless.. No mentioning of frequency used in any documentation… So I had to measure it. I wish the frequency would be within frequency range that is allowed for wireless microphone use in Finland. I turned on the receiver and the the microphone. Sound goes through with some noise. I got reading 111.022 MHz as the transmitting frequency on my RF frequency meter. That’s a frequency few MHz above normal FM.

That 111 MHz is clearly not right frequency for wireless mic, as this frequency seems to land on frequencies used for aircraft use: VORs are assigned radio channels between 108.0 MHz and 117.95 MHz. The first 4 MHz is shared with the instrument landing system (ILS) band.

So better not use the wireless microphone functionality by not installing battery into microphone.

This microphone can also be used as wired microphone. In which it worked quite well on the first test with the included cable. The microphone seemed to have OK directional pattern. I would say this has cardioid pattern.

As microphone had XLR connector, I also tested the microphone with XLR-XLR cable, but I did not for some reason seemed to get any decent sound this way. With the included XLR-6.3mm cable it worked first tests OK. But on some real use case, the microphone with original cable seemed to pick up strange noise that was fixed by changing the cable to a higher quality XLR-6.3mm jack cable.

Because I had issues and microphone was making some noise when moved, I decided to take a look what is inside. I found out that some of the noises from mic were caused by a small “pop” filter in front of mic element that was got loose. I glued it back to right place.

Here is picture of the inside of mic. 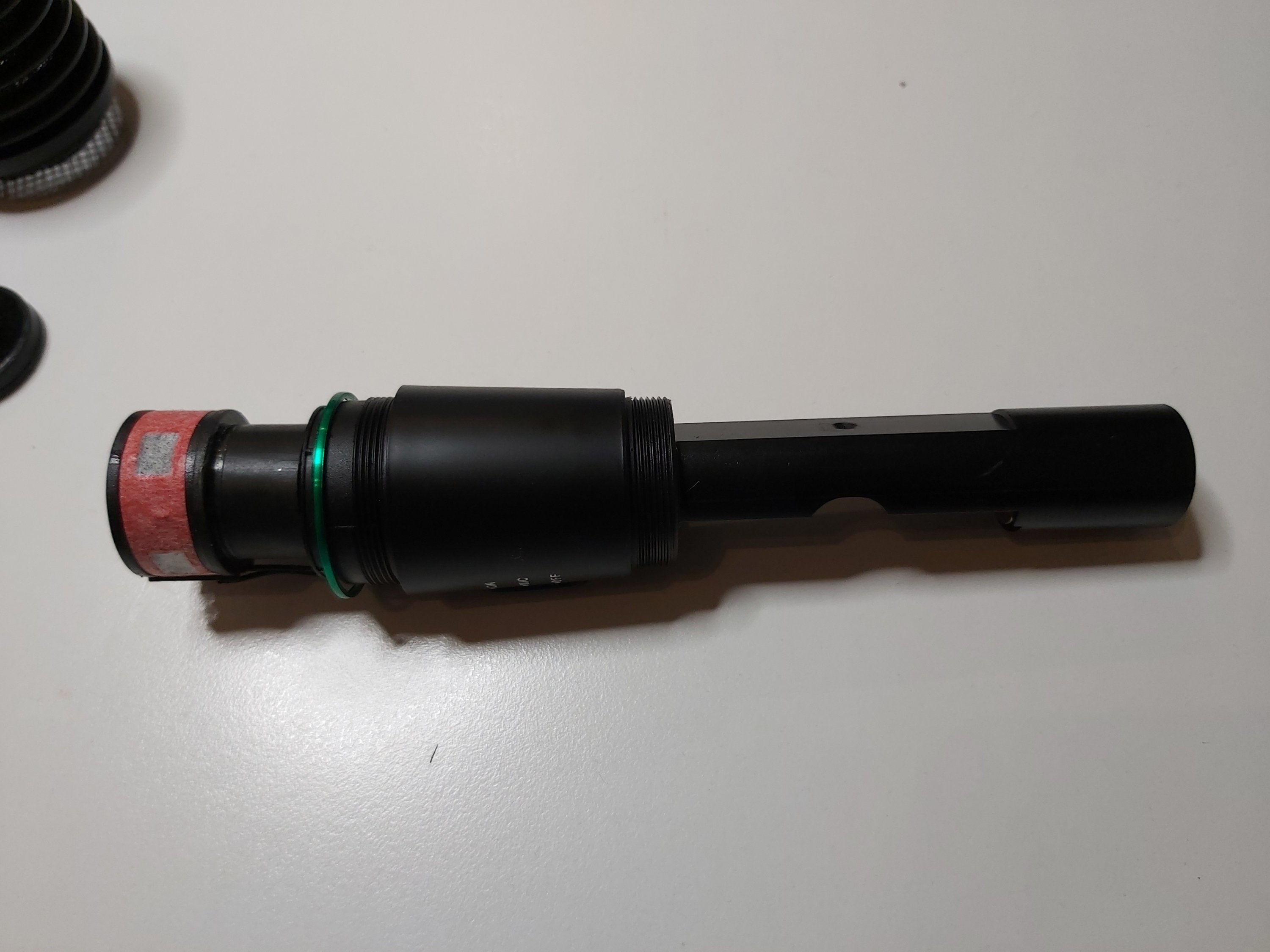 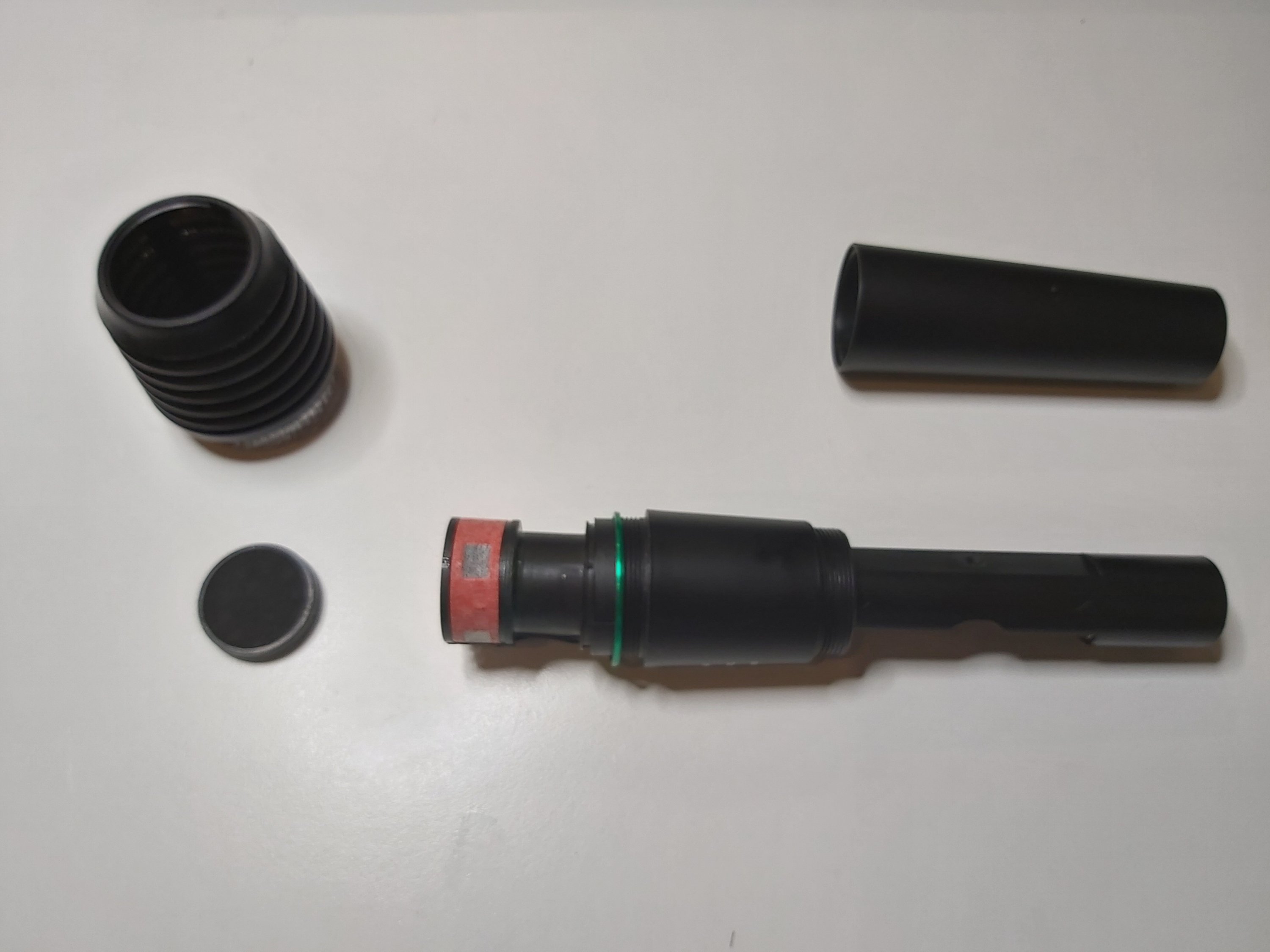 Other reason for problem: There is something wrong in this XLR as pin 3 was pushed into the connector so that it was not making a good connection anymore. This is clearly a very low quality XLR connector. It looks like this could be a reason for some of the noise problems… 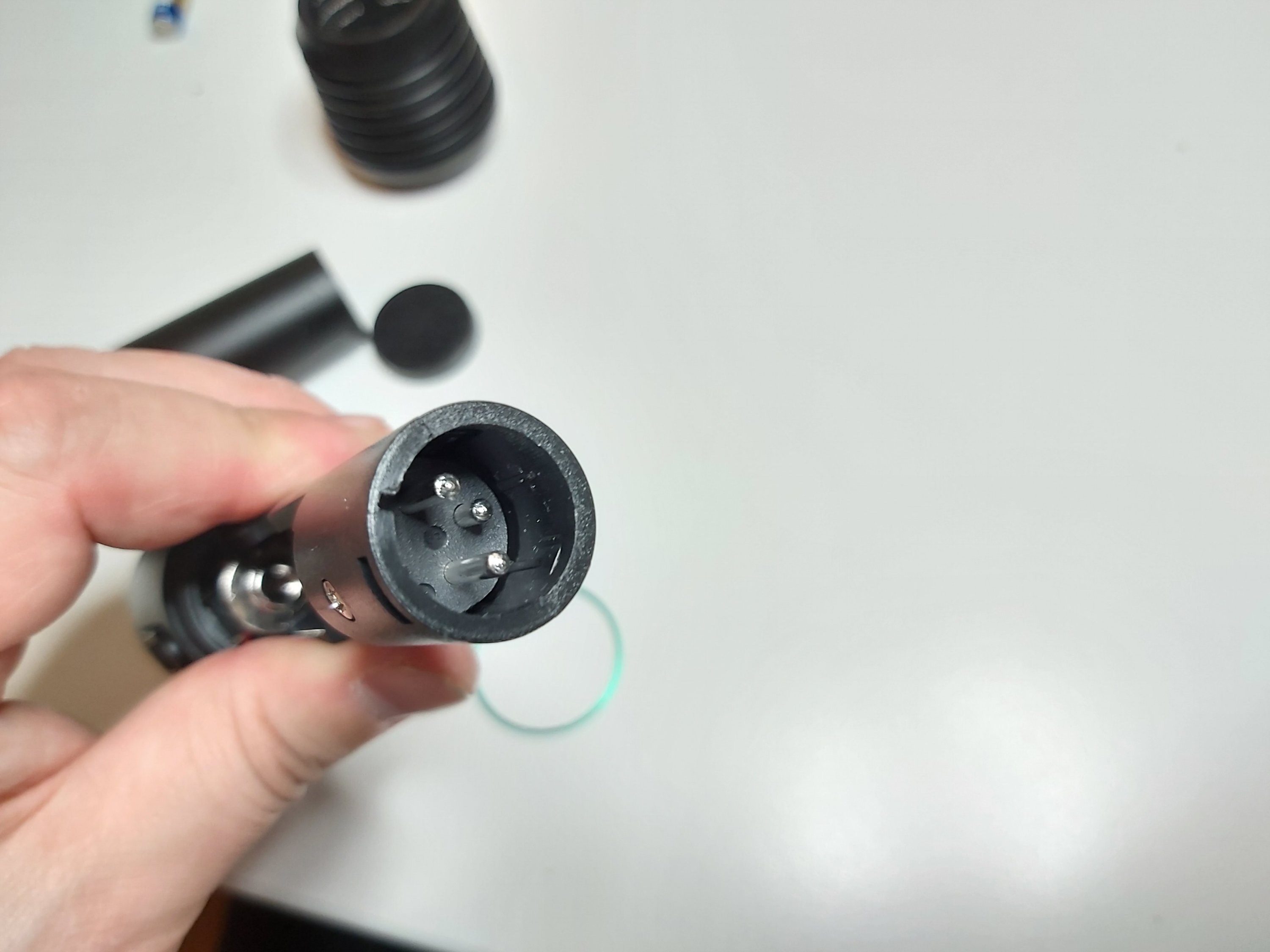 Let’s open XLR connector to push the pin back to right location and possibly add some glue to keep in location to avoid problems later. When I saw the wiring, there was something strange on this wiring: The XLR connector pin 3 was not connected in this mic at all. This will clearly explain why this mic did not work with XLR-XLR cable with normal mixer. Normally I would expect that dynamic microphones are wired so that mic element is wired between pins 2 and 3 – or in some cases between 1 and 2 with pin 3 shorted to pin 1 ground. Maybe some later time I fix this after I get to know the source of noise problems that were not clearly not caused by bad pin 3 connection in this case. 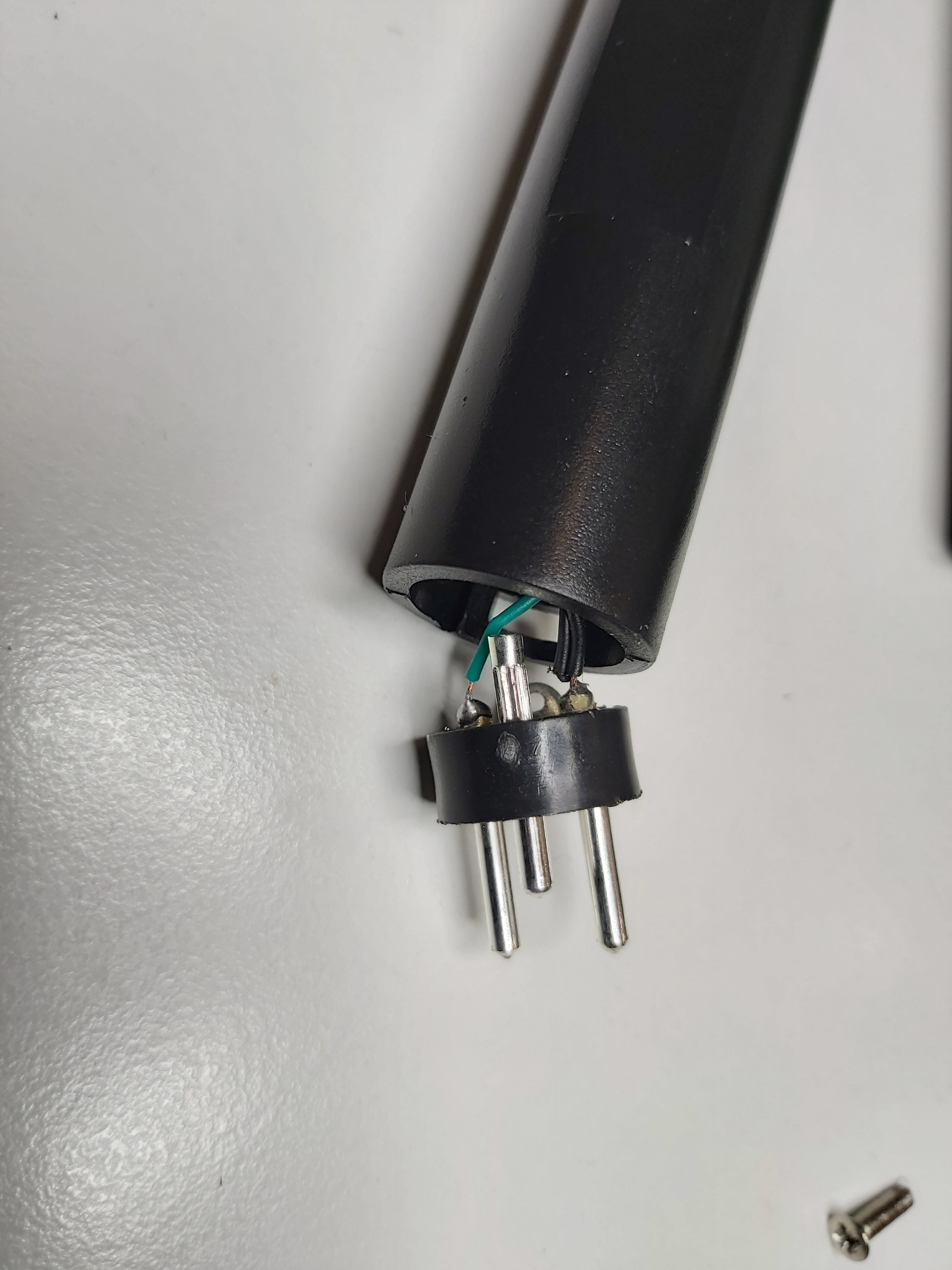 The cable was cheapest it can get. The cable feels “semi OK” on the outside. The 6.3 mm plug is standard plastic molded. That’s quite normal. What I was surprised is that this cable had XLR connector that was completely made of plastic (except the actual contacts). The complete plastic XLR felt very cheap, when I am used to have metal shell on XLR connectors. 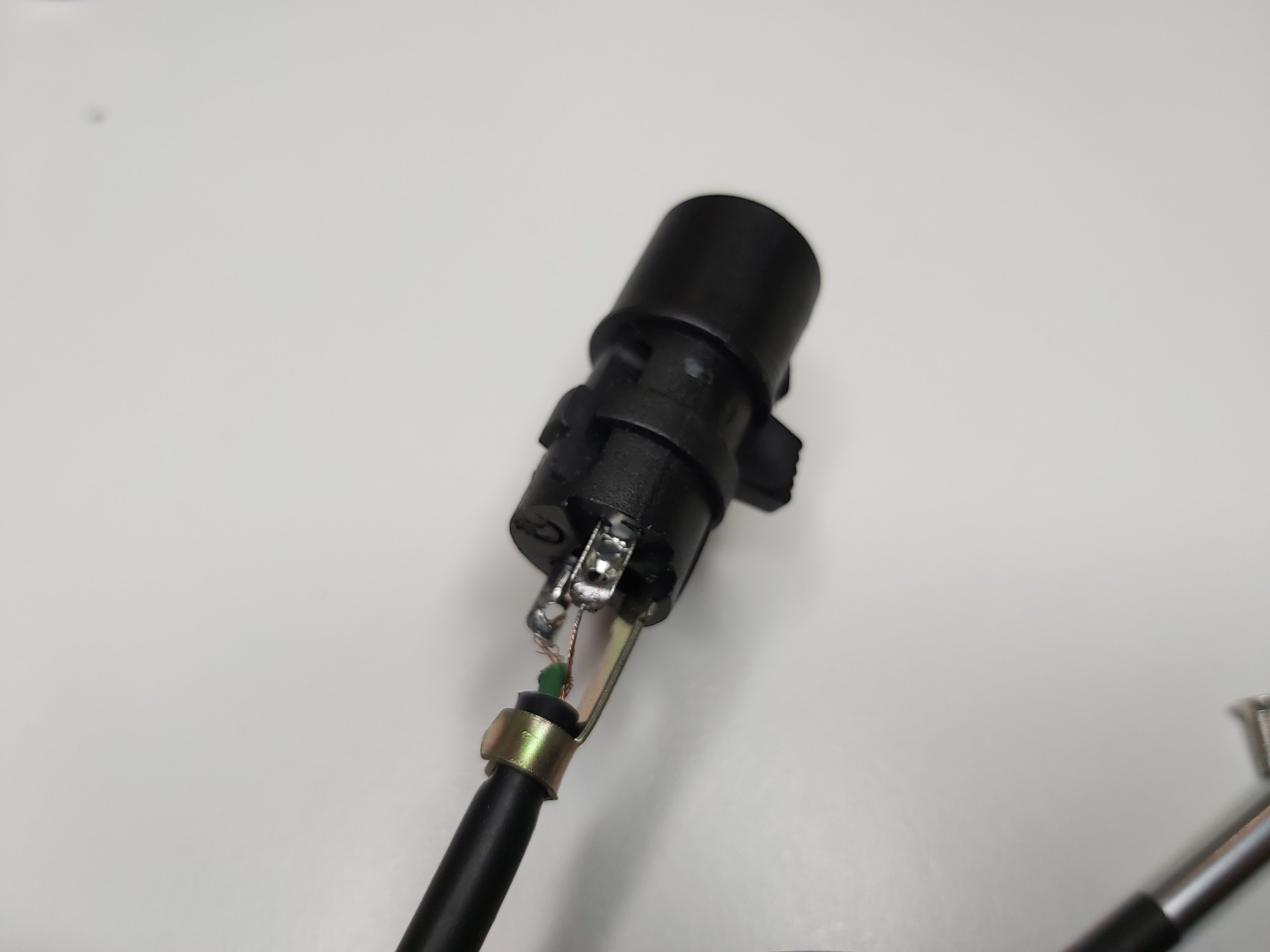 When looking at the cable soldered to connector, that looked very poorly shielded. It had very thin copper wires on both signal and ground. In good microphone cable I would expect to see decent amount of copper on signal connector, and a copper shield mesh as the shield. In this cable there was practically no shielding at all as the ground wire was just very loosely wrapped on insulated signal conductor. I have seen cables that had used conductive plastic as shield, but this was not one of those cables. I would say that “HIGH GRADE LOW NOISE MICROPHONE CABLE” printed on the cable does not describe this. This cable picks up noise very easily because of lack of proper shielding. 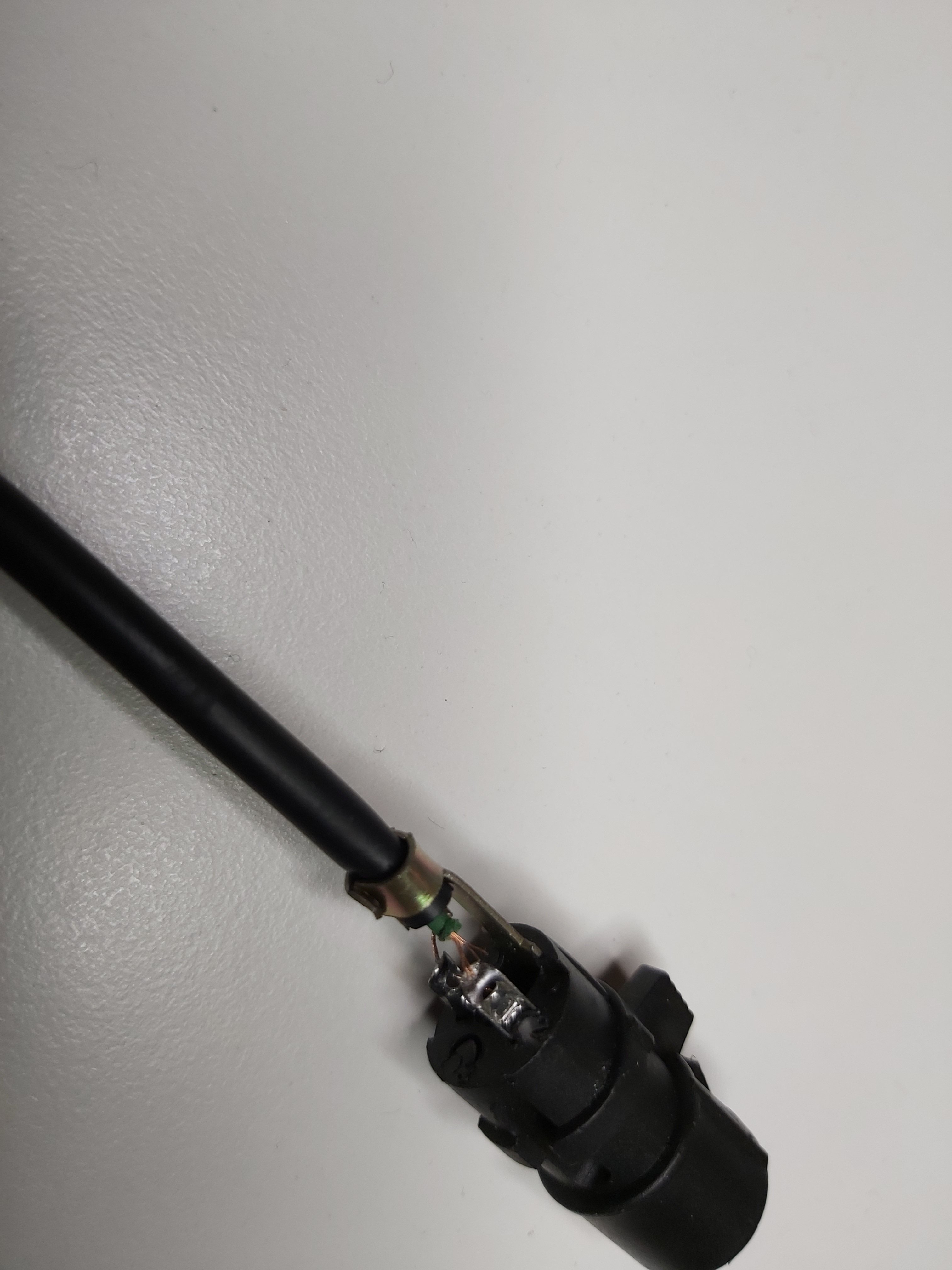