48 volt phantom power that is common in pro audio mixer mic inputs can kill the sound card in your laptop or computer (and some other devices). Here Dave Rat shows a quick and easy test to make sure you do not accidentally damage your valuable computer.

This was a funny video with facts and parody. Do not follow the advice to put the plug to your mouth. It is not a good idea.

Anyone else’s tongue just tingle like a 9v test just by looking at this video? I mean, that’s gonna be very unpleasant to say the least to lick 48V DC. Even 9V battery hurts on the tongue.

Phantom power can really damage equipment. It is possible that using an XLR to 3.5 mm stereo plug cable to connect devices like PCs and smart phones can fry the connected devices when phantom power is on. Some devices can take it and some can be seriously damaged. It depends how the audio output is built and protected if it can withstand phantom power or not.

“Phantom power into a laptop or phone! That’s the best way to get rid of DJ’s I’ve heard for ages !”

Phantom power is typically 48V through 6800 ohm resistor. Own resistor for signal + and – sides. You get around 7 mA current from one pin to ground. 14 mA total from two pins.

I have even fried one Behringer UltraCurve device XLR output with phantom power. It cooked some 25V or 35V capacitors from output and nothing else if I remember correctly. Had those been higher voltage and there probably have been no damages due phantom power.

How to avoid frying your equipment?

Ne careful and do not plug things not designed for it to mixer XLR mic inputs. Do not use questionable cables. XLR male to mini jack!?! 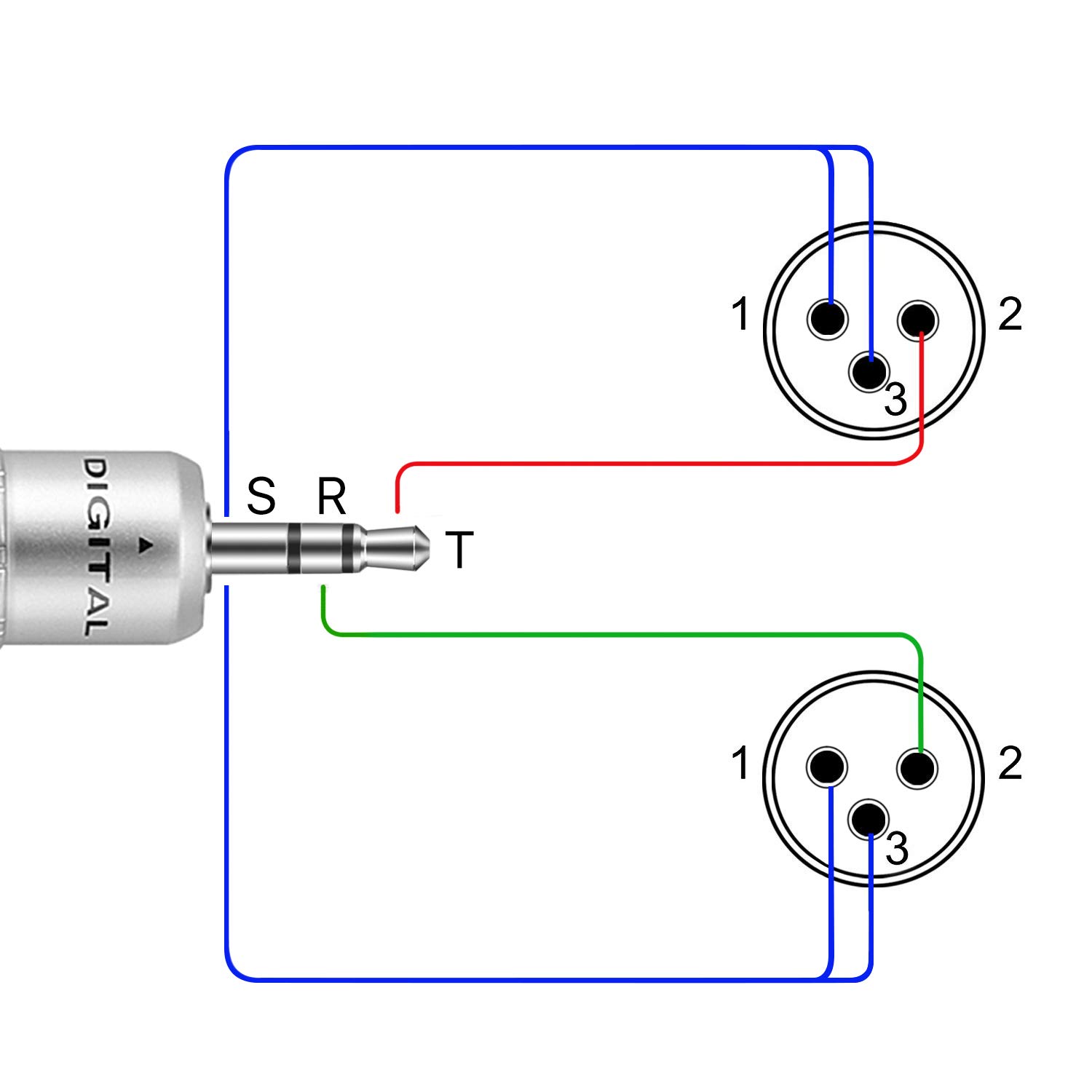 Someone is looking for troubles with those. That’s what’s a DI box is made for ?

Some people say that minijack should be banned from real shows. How many times there is a #%$$#% clever dude unplugging them while they are live.

Some people have recommended that don’t connect shield to pin 1, for unbalanced signal connect signal to pin 2 and shield to pin 3. This could on some cases avoid phantom power getting to device, but is not foolproof and can cause other potential issues.