Linus Torvalds Splits Tech’s ‘Nobel’ With Stem Cell Pioneer. What do Linux and stem cell research have in common? Answer: They’re both considered “life-enhancing technical innovations” by the Technology Acadamy Finland, a foundation that is awarding a prestigious award called the Millennium Technology Prize in Helsinki yesterday. Linux creator Linus Torvalds (King of Geeks) and stem cell pioneer Shinya Yamanaka are joint recipients of the 2012 prize, an honor that some call the tech equivalent of the Nobel Prize. The prize is awarded every second year. The aims of the prize are to promote technological research and innovation that have a positive impact on the quality of life, alleviate fears towards technological change and encourage discussion between technology specialists and societal decision makers. I was waiting what year Linus will get the price, and not it has happened. 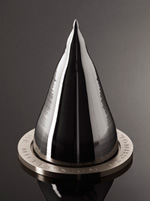