The PC stated acting bad. It kept resetting my itself and quickly failed to boot. So I had to start fault-finding. In this kind of cases, the problems could be bad contact somewhere in the system, bad power supply or bad motherboard. I first started with the bad connection possibility. A quick test was to remove and insert back almost everything inside PC one by one (wires, memory modules, etc..). It did not help. 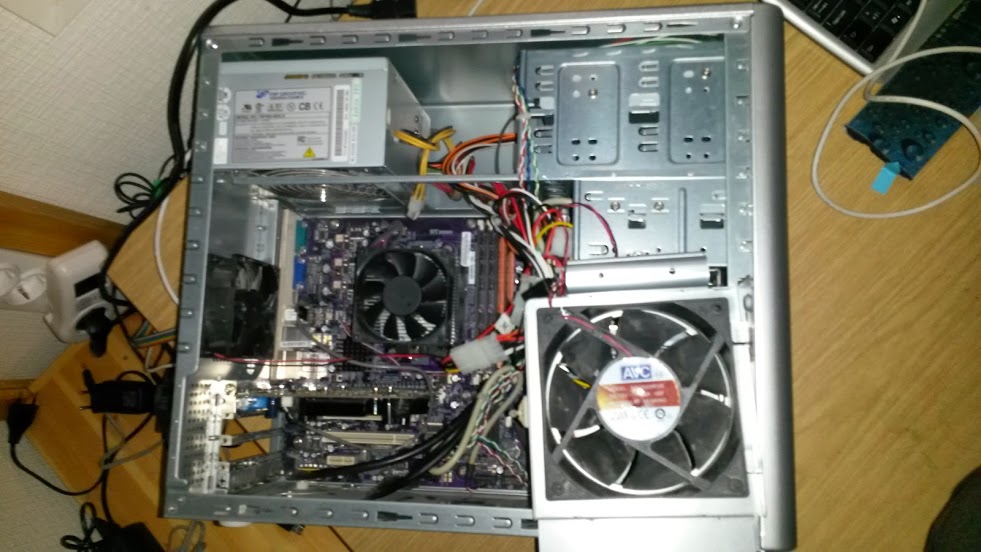 So the next task was to determine if it was power supply or motherboard. The faultfinding started by disconnecting everything except the motherboard from PSU. Did not help. Quick visual fault-finding if I could see failed electrolytic capacitors on the motherboard. All capacitors looked to be OK. I used multimeter to check the voltages (at quite OK level but could maybe more stable), POST
card (POST code diagnosing card) and USB port voltage/current meter (indicated also some voltage fluctuations) to get idea what is happening.

It looked quite much like there is a power supply to blame on the problems. Next task was to try another power supply. I took another old still working power supply and connected it only to the motherboard. It started to show boot information on monitor, so it seemed to be clear that the problem is in power supply. Next a short shopping trip to a nearby computer shop to get a new power supply.

I just took a look at the old power supply, and saw it was “toasted”: it had two capacitors that were clearly gone bad. It was right decision to blame the power supply. But clearly it was not the only one problem.

To make sure that it was not to blame the new power supply, I changed back the test power supply that the booted the motherboard nicely earlier. No luck with it either

When I removed the test power supply, I felt something hot on the motherboard. There was one 1000 uF 6.3V electrolytic capacitor near the power connector that was really hot. So this is clearly the case of bad capacitor on the motherboard. I replaced it with a new good quality low-ESR capacitor, and everything started to work again nicely. Most of the work on the changing the capacitor was actually actually removing the motherboard and reinstalling it back, the soldering was quite small task compared to that. 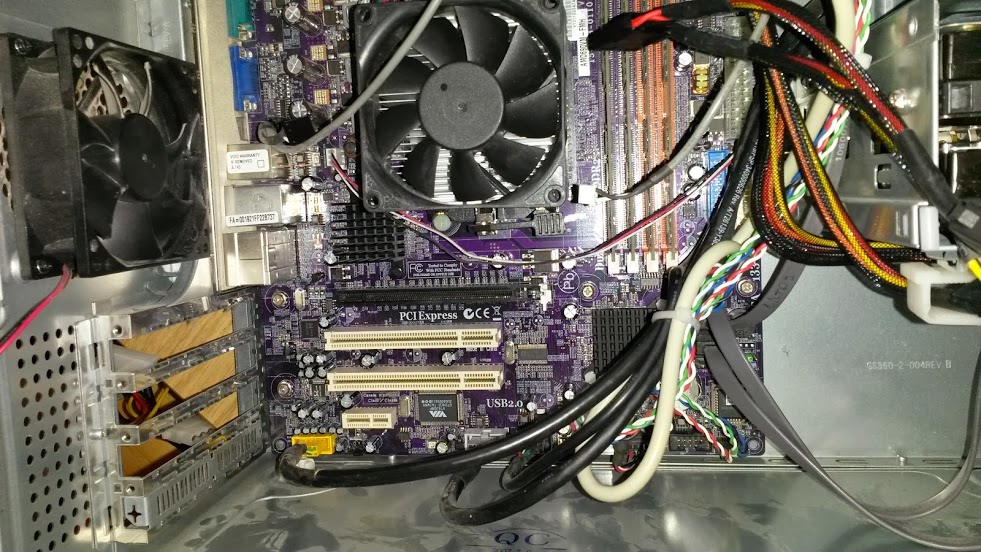