Scientists used to think we could see no more than about 90 flashes of light a second but now we know it’s more like 2,000. During the eye movement, the flicker of light creates a pattern that we can see. It could discourage people from using more energy-saving LED lightbulbs.

One obvious way of avoiding the flicker is to operate the lamps with a direct current so the light is constant, but this involves more expensive, shorter-lived components.

When the light flickered 1,000 times a second the pattern could clearly be seen. At about 3,000 per second, the images became invisible.

In contrast, some LEDs flash only 400 times per second.

Flashing happens especially when LEDs are dimmed with PWM. 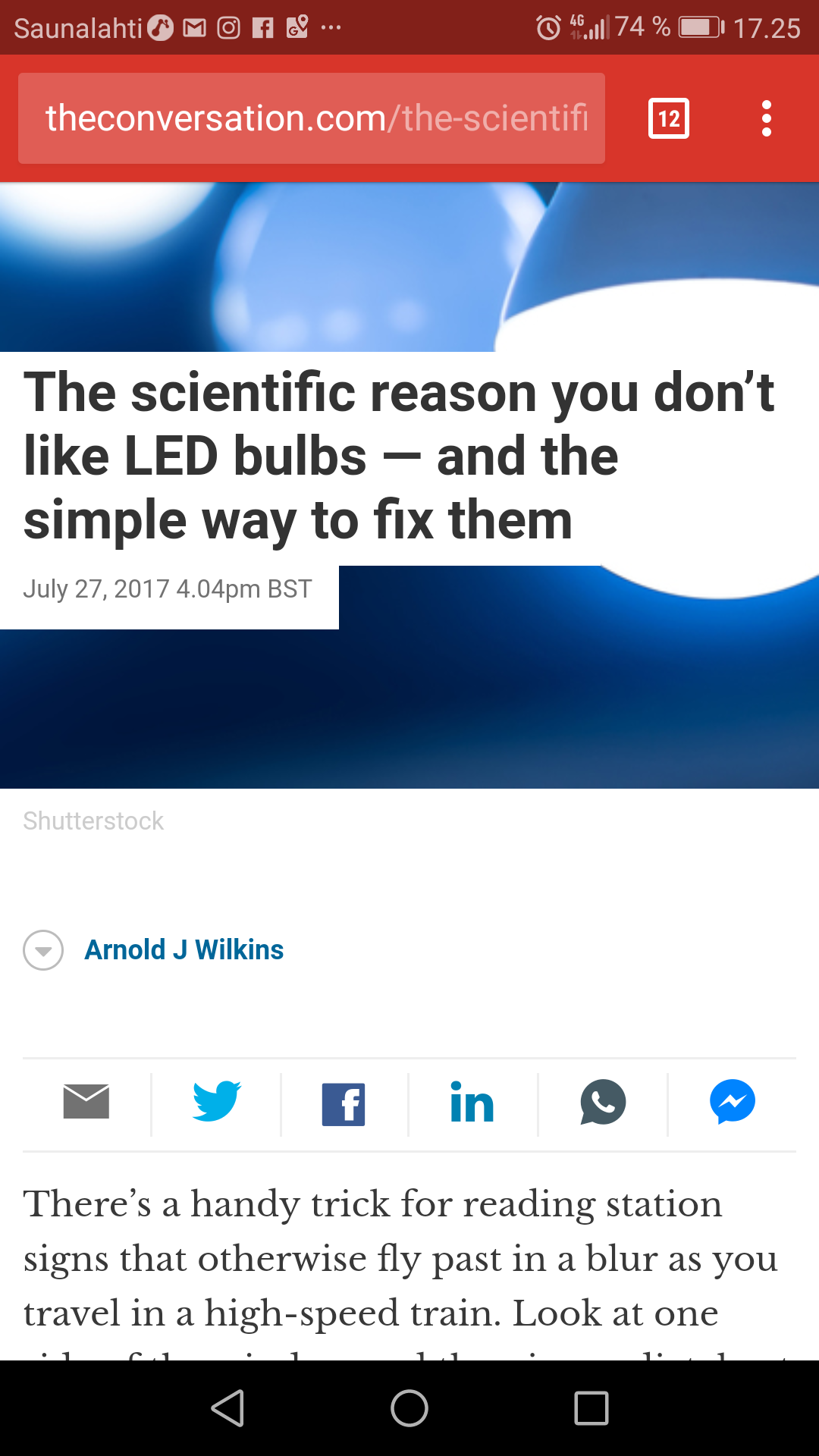