I have earlier posted about Audio trends and snake oil. What annoyed then and still today in marketing and media that too often today then talking on hi-fi, science is replaced by bizarre belief structures and marketing fluff. It seems that there too many snake oil rubbish products marketed in the name of hifi. It is irritating to watch the stupid people in the world be fooled with things like exotic materials, directional cables, thousand dollar IEC power cables, and all that rubbish. “If you pay ridiculous money for these cable you will hear a difference, but don’t expect your friends to”

I can agree that in analogue interconnect cables there are few cases where better cables can result in cleaner sound. And there are very many cases where there is no objectively noticeable difference.

But this digital interconnect cables characteristics has not stopped hifi marketers to make very expensive cable products that are marketed with unbelievable claims. Ethernet has come to audio world, so there are hifi audiophile Ethernet cables that do not make sense to me. With Ethernet the data either gets through the cable without any changes to it, or it does not get through at all. Ethernet has checksum on every data packets to detect for any errors (which are rare) in the transmission and all the packets that have data changed in any any way are discarded. So Ethernet cable can not not magically slightly alter the digital sound that goes through the cable.

Gallery: We tear apart a $340 audiophile Ethernet cable and look inside
https://arstechnica.com/gadgets/2015/07/gallery-we-tear-apart-a-340-audiophile-ethernet-cable-and-look-inside/

Apart from the absurdly high price tag and more mechanically robust connectors, I see nothing special on those cables for carrying the data signal. I suppose those does look quite attractive to some users and this makes them willing to pay the high price. 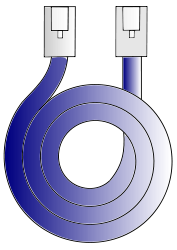