In the newest issue have written articles on many high tech topics (text in Finnish with short introduction in English). Newest issue Uusiteknologia 2/2020 has just been published. 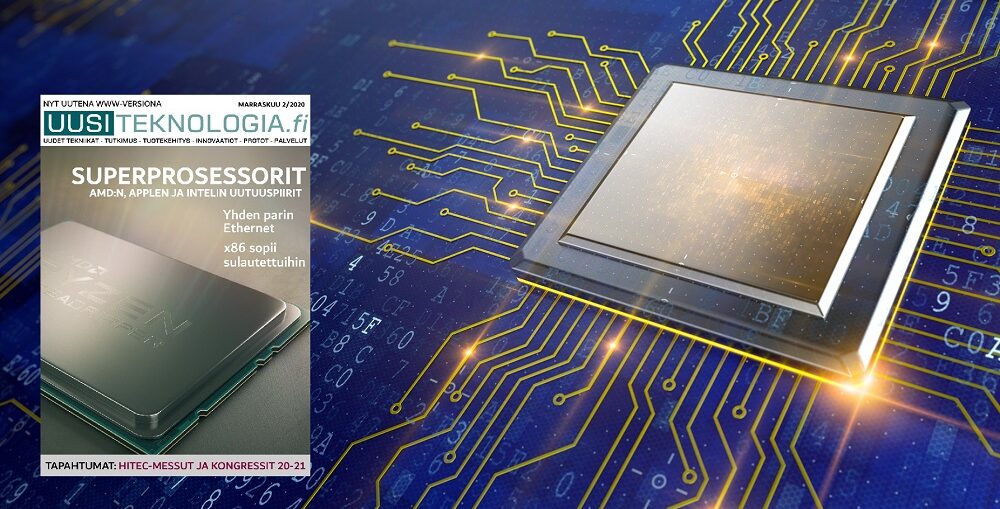 I have written two articles to the newest issue.

The front page article is about More CPU power from desktop to embedded systems. The PC processor market is undergoing a drastic change, with challenger company AMD wedging to threaten Intel’s traditional leadership. In addition, Apple and Microsoft are bringing more widely ARM-based processors as processors for PCs and even card servers. The market for personal computers has been downward going for a couple of years now, while developments in the industry have focused on the implementation of new, more efficient mobile chips. New laptops and servers have now restored faith in the PC world and CPU sales are growing again. The most new has been offered by AMD, which has become an industry challenger and has snapped the market from Intel. In addition, rapidly evolving ARM processors are becoming more widespread in computers.
Link to article: https://www.uusiteknologia.fi/2020/11/18/lisaa-sirutehoa-poytakoneista-sulautettuihin/

The other article Single pair of wires to new areas tells about Single Pair Ethernet (SPE). There is a desire to bring more Ethernet networks to industry and vehicles, but problems have been caused by traditional Ethernet solutions based on eight wires and an RJ-45 connector. Therefore, more suitable solutions have been developed to replace them, which are also based on a smaller number of conductors. The introduction of Ethernet in cars created the first one-megabyte and even one gigabit per second standard operating on a single pair of wires. And the development was not limited to vehicles and moving heavy machines, but the solution was also seen as suitable for a wider range of industrial automation, intelligent buildings and various IoT applications. However, solutions developed directly for cars were not suitable as they were optimized to operate over too short distances. Therefore, new versions of one pair of Ethernet were needed for new applications. This story goes through a wide range of all the new single-pair Ethernet standards and related technical details.
Link to article: https://www.uusiteknologia.fi/2020/11/18/yhden-johdinparin-ethernet-liitanta-autoon-ja-tehtaaseen/