Here is maybe simplest power over Ethernet (PoE) powered LED Christmas light. This circuit provides powering of LED light string from IEEE 803.2af compatible standard power supply. On the up there is the IEEE 802.3af PoE power supply that feeds 48V DC power to RJ-45 connector when it detects a PoE needing device connected. I built a circuit between the RJ-45 connector and LED string that provides PoE detection (so that IEEE 802.3af power supply starts to supply 48V DC power) and limits to voltage/current to safe value for LEDs used. 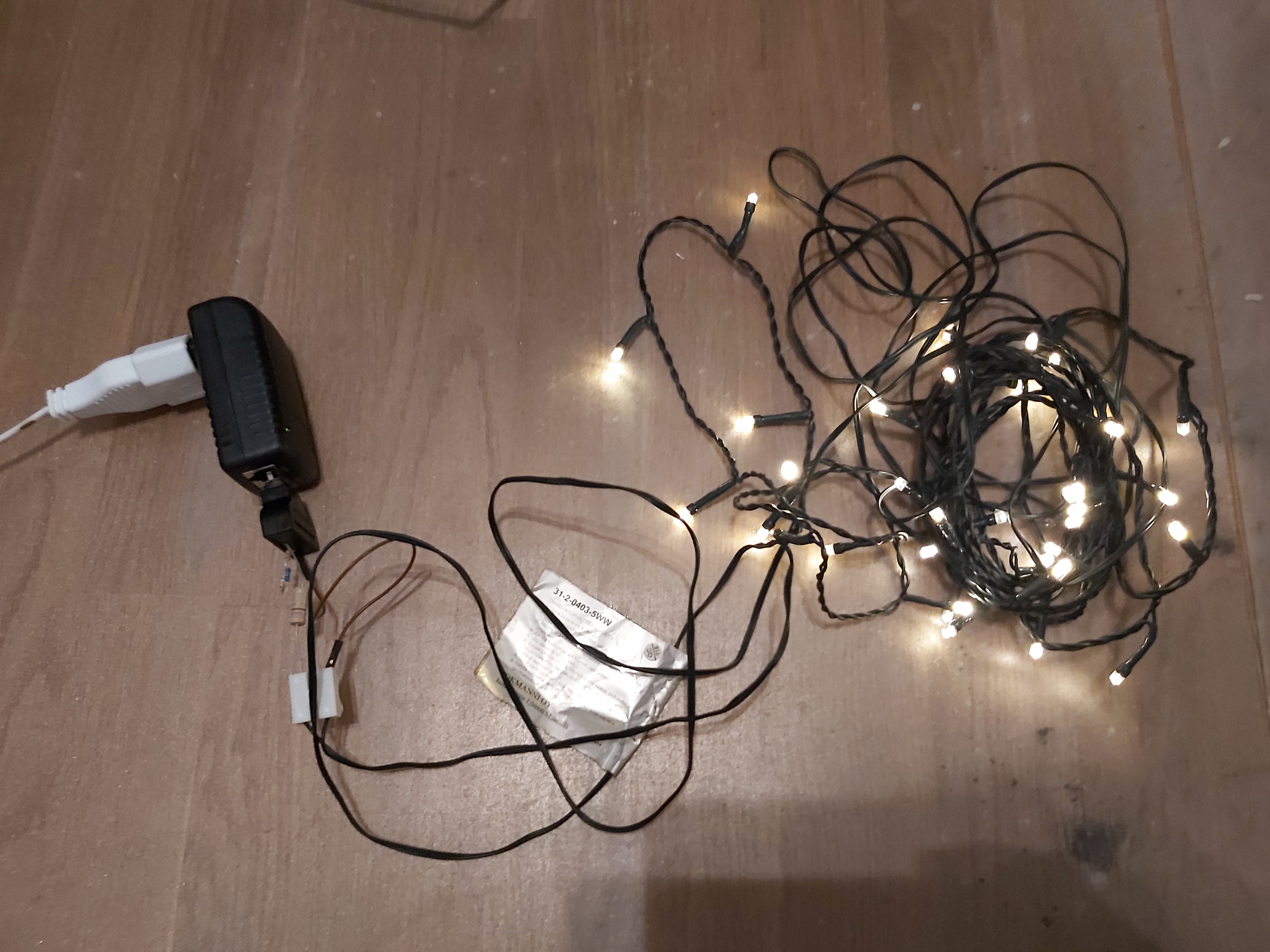 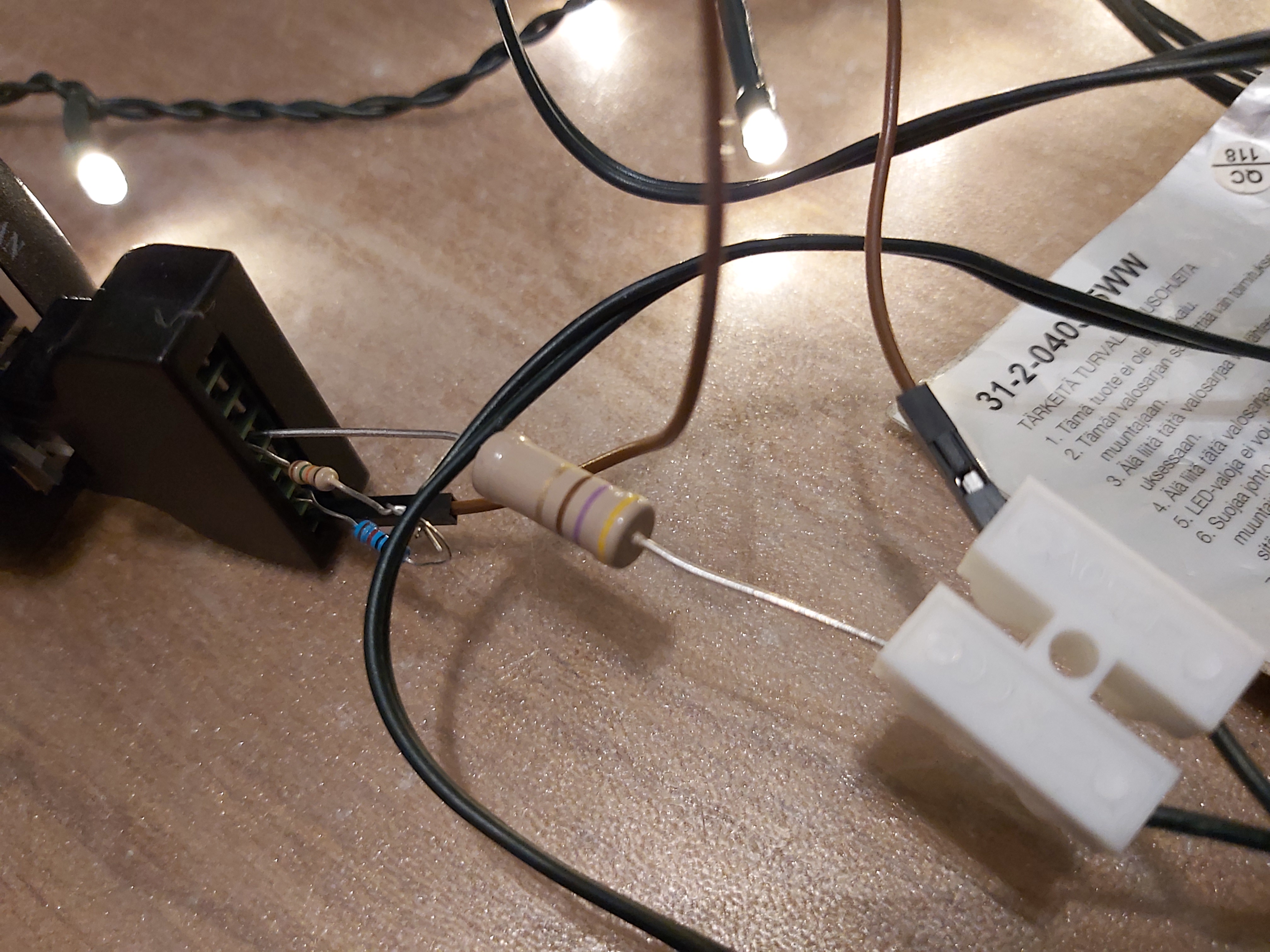 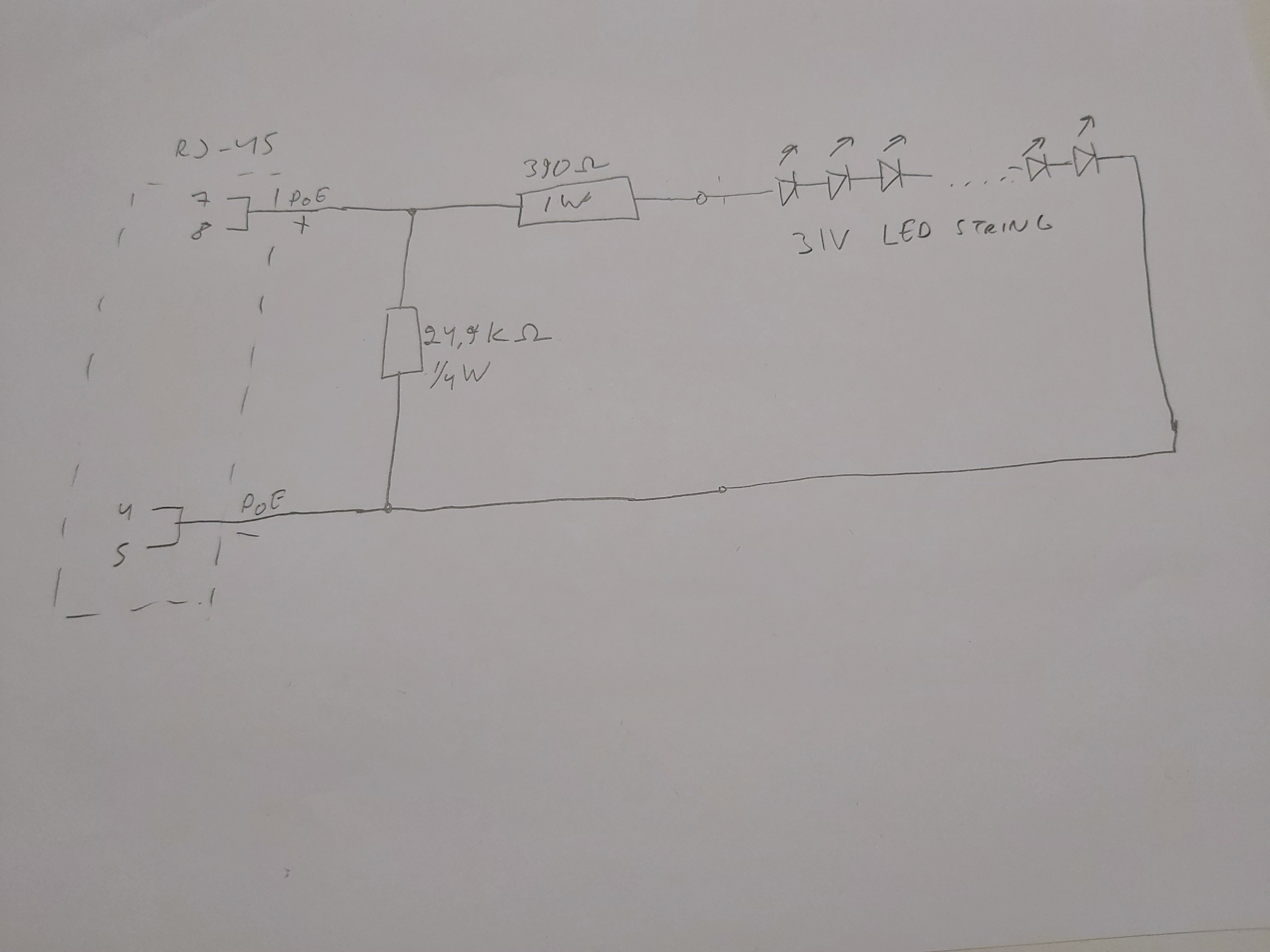 This is very simple design. It just needs two resistors (I used three because I did not had exactly 24.9 kohms resistor in hand so I built it from two resistors in series). This is a way simplified version of my earlier PoE Powered Christmas Lights circuit.

The 24.9 kohms resistor connected between power input wires is the IEEE 802.3af PoE identification resistor that makes the PoE power supply to know that there is class 0 PoE capable device (can take up to around 15W power and does not specify exact power it needs). The IEEE 802.3af power supply probes the resistor at lower than 20V voltage low current pulses, so at those voltage levels the LED string does not pass any current (it has many LEDs in series and is designed to work at 31V DC). When power supply detects proper PoE device, is starts to feed 48V DC to the line. That 48V is feed through 390 ohm resistor to the LEDs, this resistor will limit the current an “burn” the voltage 48-31V=17V.

This circuit worked well with two different PoE power supplies with the 31V LED string. I tested that the circuit worked also with LED string that was designed to work at 24-26V DC voltage. Do not try lower voltage LEDs in the output, because trying that risk of overheating the resistor and messing the IEEE 802.3af device detection.

PS. In full standard compliant design there should also be a bridge rectifier between RJ-45 connector and rest of the circuitry to handle situation that the wiring can sometimes change the order of power carrying wires.