There has been for several years talking that nanotube transistors are coming to use and they can be better than traditional transistors made of silicon. I see this news as a major milestone.

It’s the most complex integration of carbon nanotube-based CMOS logic so far, with nearly 15,000 transistors. Another thing to note that it was manufactured using technologies that have already been proven to work in a commercial chip-manufacturing facility. 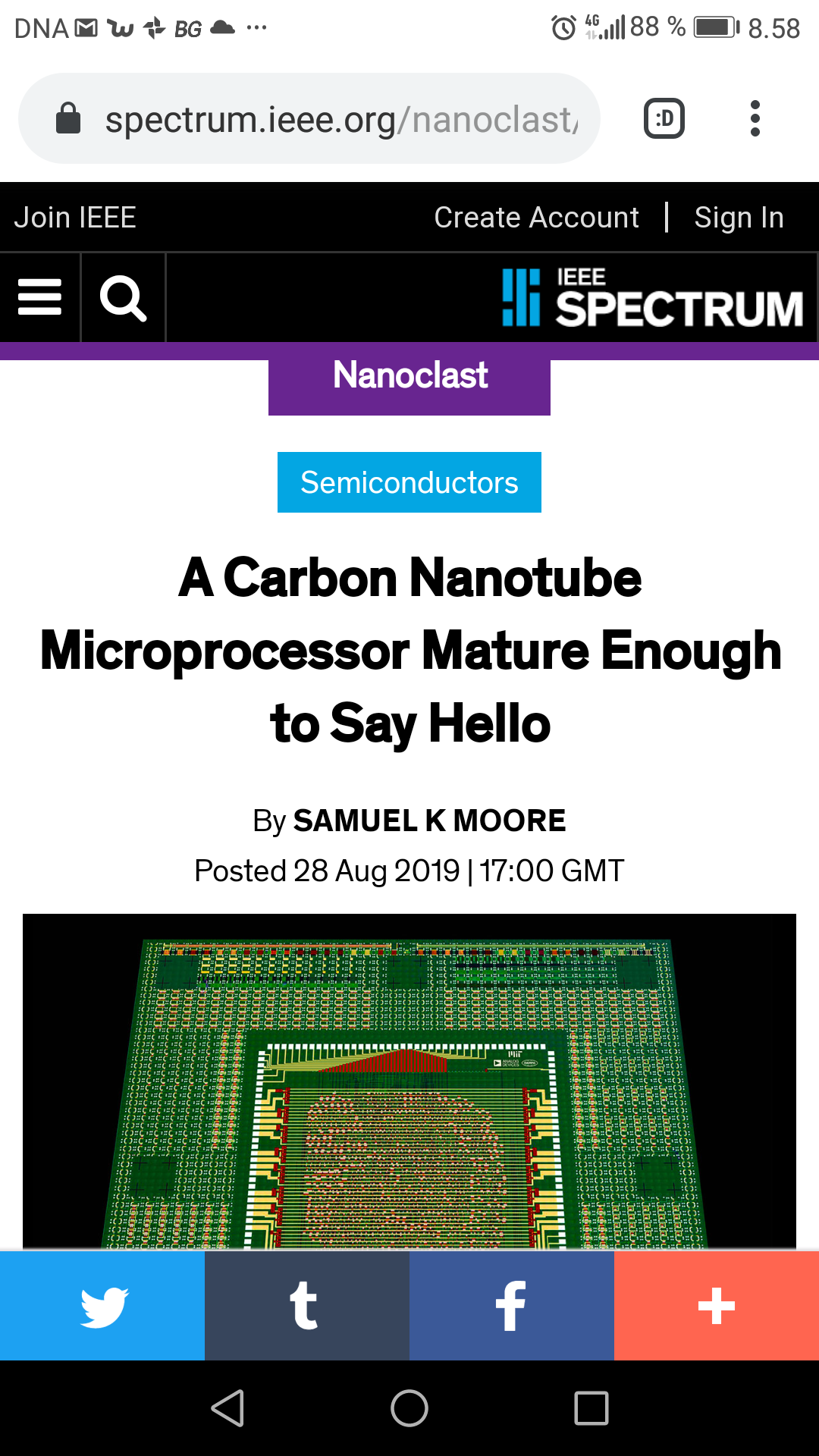 By devising techniques to overcome the nanoscale defects that often undermine individual nanotube transistors (SN: 7/19/17), researchers have created the first computer chip that uses thousands of these switches to run programs.

The prototype is described in the Aug. 29 Nature. It is not yet as speedy or as small as commercial silicon devices, but still a very promising proof of concept.