How do you prevent your phone from being used as a bug so malicious individuals can spy on you?

What’s the best way to temporarily block/disable the microphones in an iPhone. Does anyone know of a phone case with a built-in shutter?

The idea I brought up was to plug in modified headphones that has microphone element replaced with few kohm resistor. Idea is that phone goes to use external headphones instead of internal mics on OS level. Possibly also adapters like iRig could work.

Then I told that you could build a “null headset” adapter, you should be able to build one with 3.5 mm TRRS plug, two 33 ohms resistor and one 4.7 kohms resistor. Power value resistors go between headphone out pins and ground to simulate 32 ohms headphone speaker elements. The 4.7 kohms goes between mic pin and ground to simulate electret mic capsule.

This should work I believe with iPhone and most Android phones.

Here is the circuit diagram of the idea 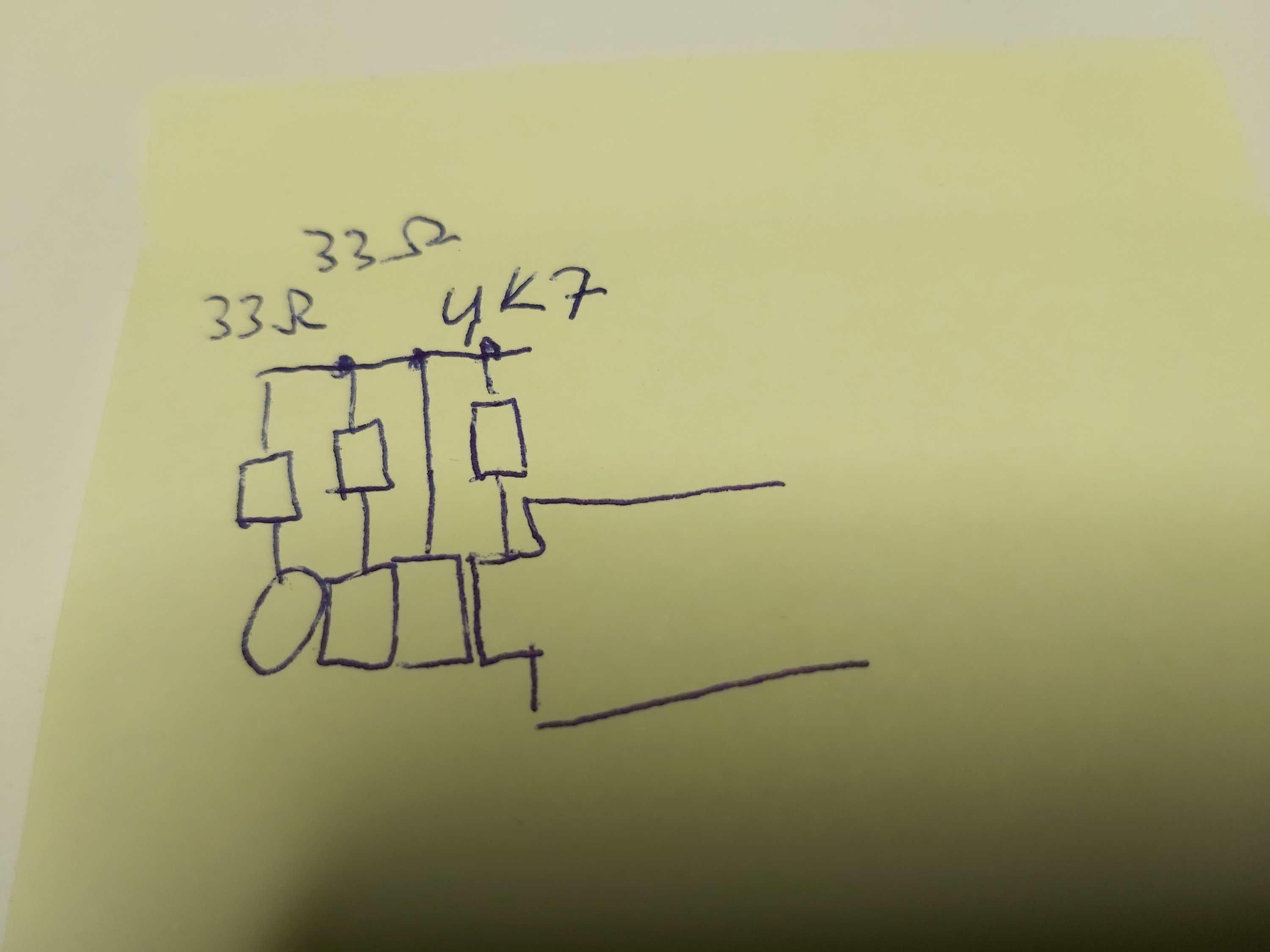 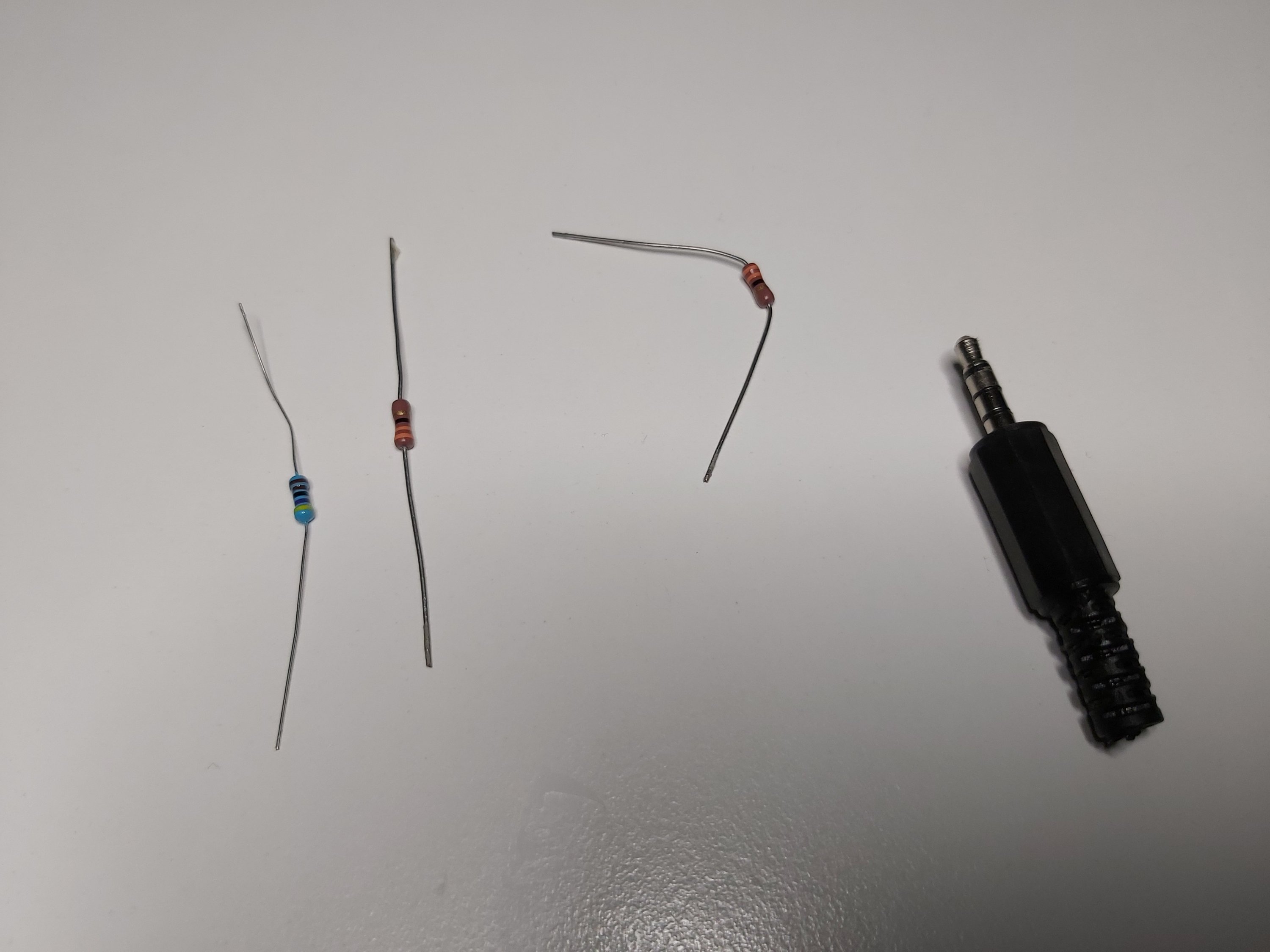 Building was just was easy as components fit nicely inside the connector. 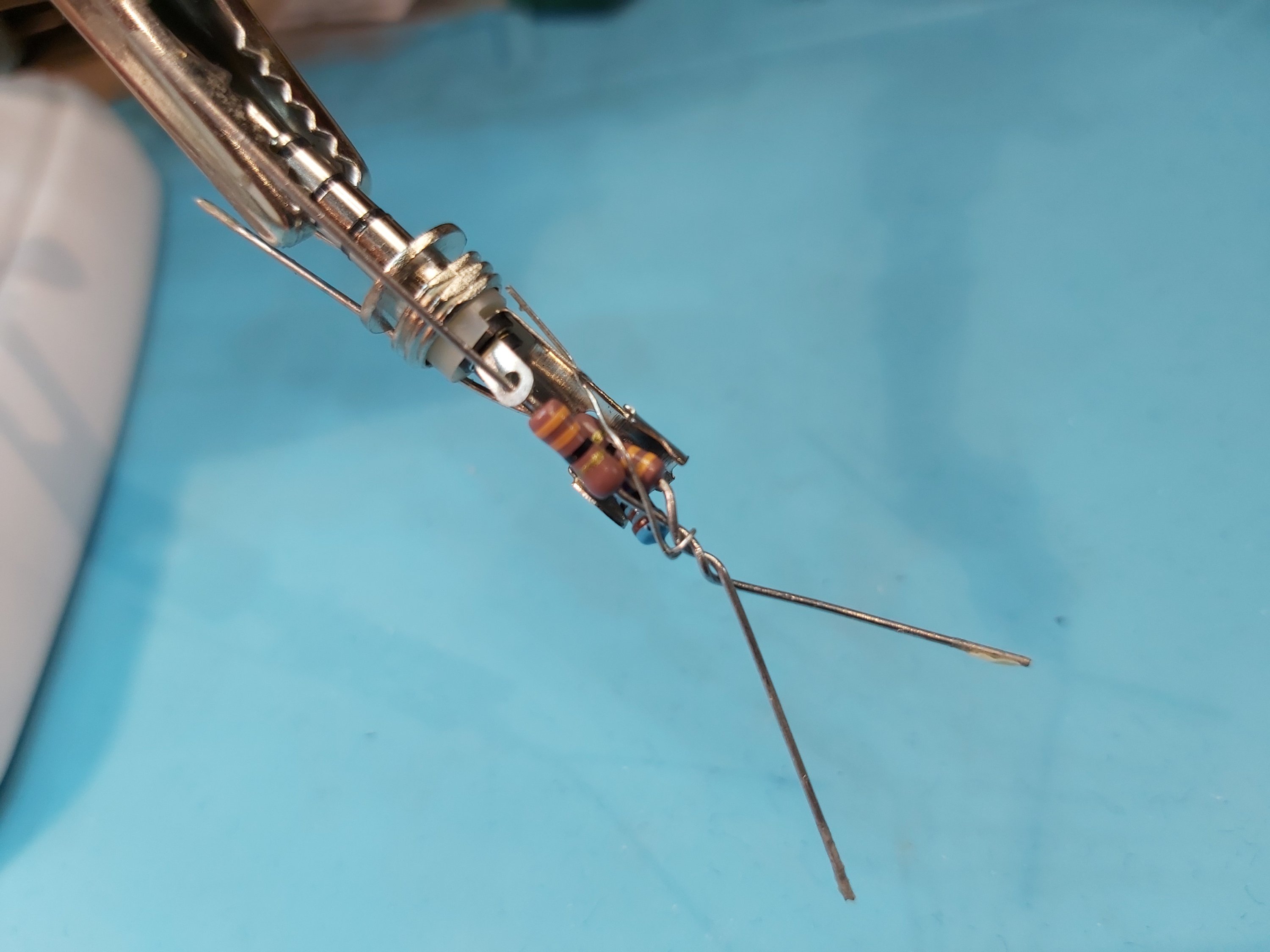 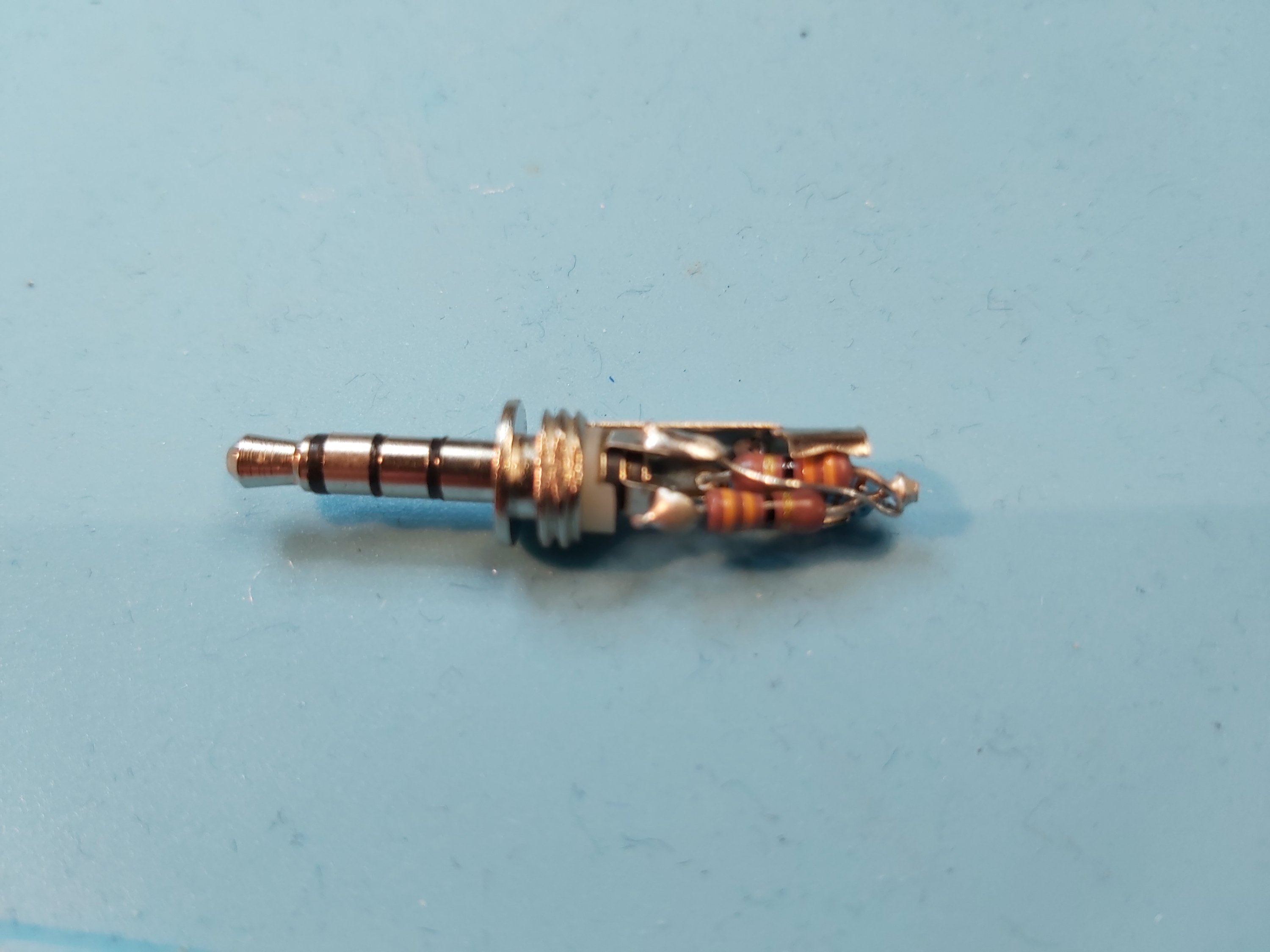 Ready when you add some tape and case. 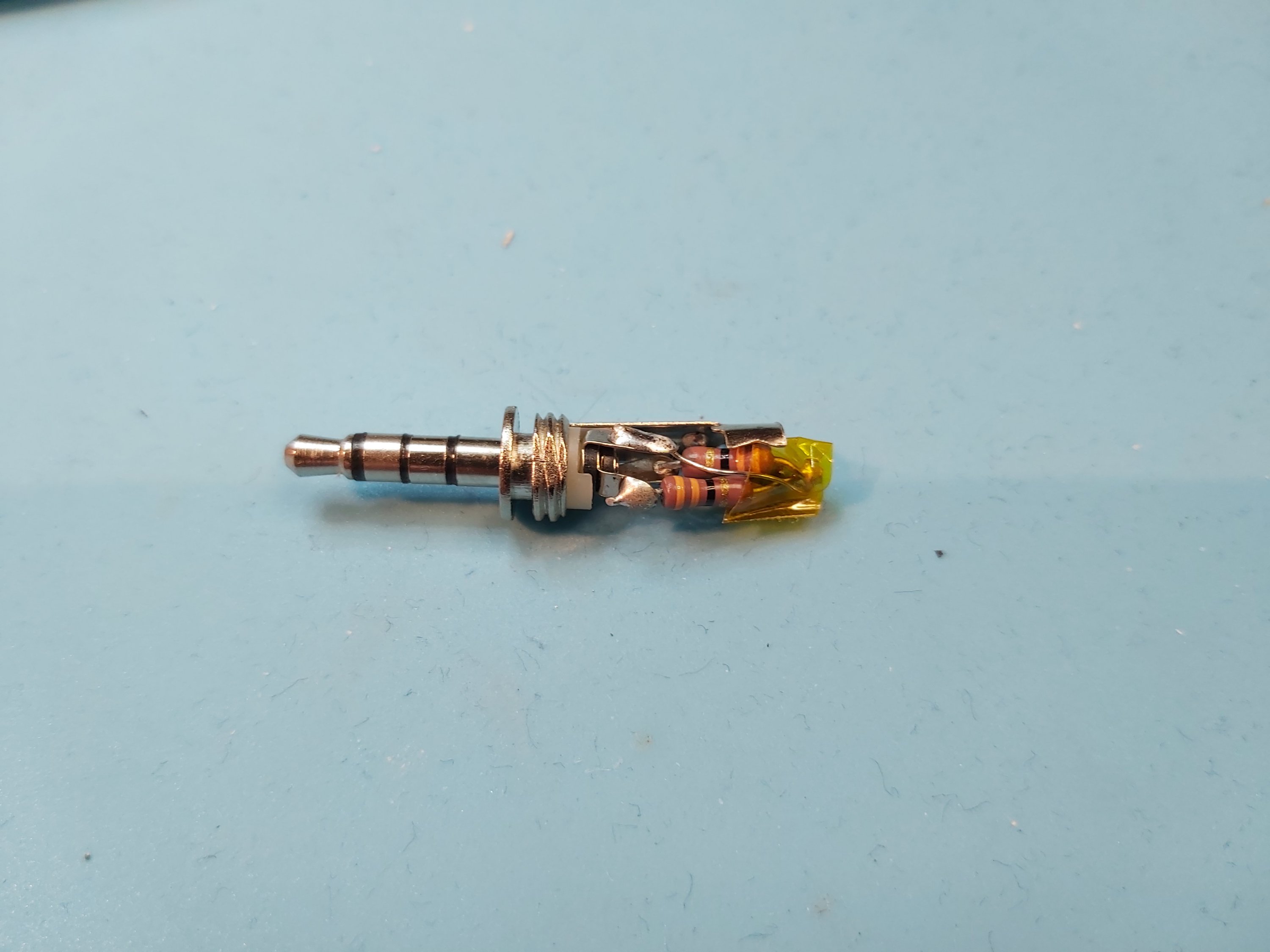 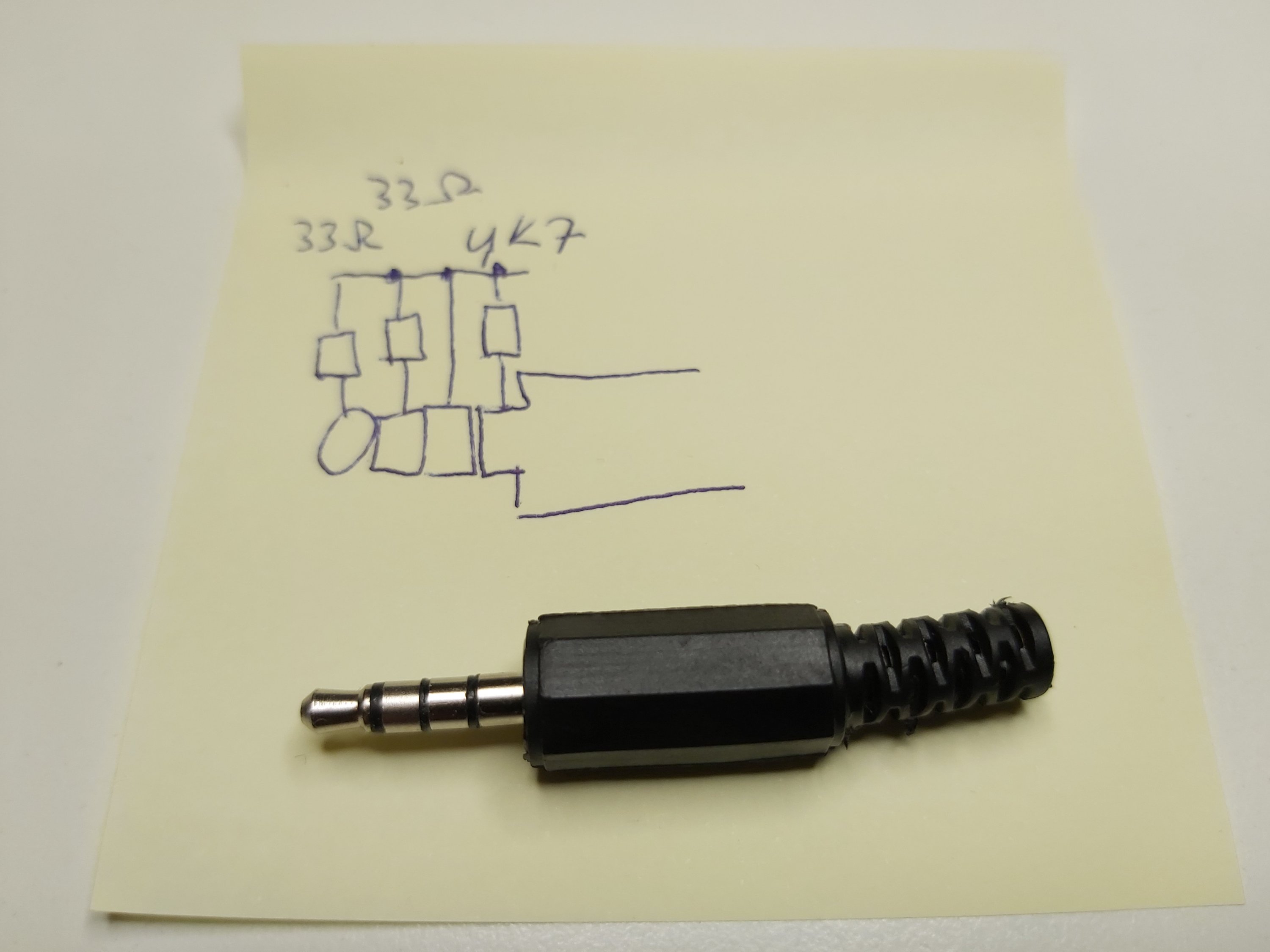 It Works: I successfully tested it with Samsung Android phones and Apple iPad.