I just noticed that MIDI turned 30 years ago just a short time ago. This 31.25kbd 10-bit, 16-channel network is still very much in use today, 30 years after its official 1.0 specification release in August 1983. I forgot to say “Happy Birthday MIDI” at the right day.

The Register had an article series on it. Happy birthday MIDI 1.0: Getting pop stars wired for 30 years – Part One: Something to make a song and dance about article tells that the MIDI interface started off just living up to expectations and connecting devices together but later it became an enduring ecosystem. Not only did this network protocol deliver both real-time and non-real-time data transfers, it even notched up a platform-neutral file format.

Happy birthday MIDI 1.0: Slave to the rhythm – Part Two: The notes in the machine article tells that over the years there have been various attempts to modernize MIDI, but it has an “Ain’t broke, don’t fix it” resilience which owes a huge amount to the fact that nobody owns it, so it’s everywhere. One of the first non-musical applications was back in 1991 with MIDI Show Control enabling lighting to be controlled using MIDI messages. While many of these applications are adaptations or additions, significant changes to the original spec haven’t materialized. As MIDI is everywhere on electronic instruments and can exist as a protocol in virtual environments too, MIDI communication looks likely to remain supported alongside whatever else is developed in the future. 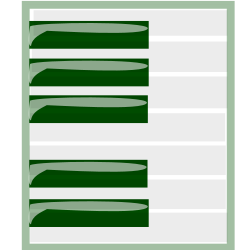 OSC is an alternative or an option that integrates with MIDI. It seems to be gaining some support. OSC is a content format originally intended for sharing music performance data (gestures, parameters and note sequences) between musical instruments (especially electronic musical instruments such as synthesizers), computers, and other multimedia devices. OSC is often used as an alternative to the 1983 MIDI standard, where higher resolution and a richer musical parameter space is desired. OSC messages are commonly transported across the internet and within home and studio subnets using (UDP/IP, Ethernet).