There has been lately some interesting science new and product articles on special camera technologies:

World’s Fastest Camera Takes 4.4 TRILLION Frames Per Second: Researchers in Japan have developed a motion picture camera that can take 4.4 trillion frames per second. The work was published in Nature Photonics. They call their technique “sequentially timed all-optical mapping photography” (or STAMP). STAMP uses single-shot bursts to acquire images with temporal profile at a 450×450-pixel resolution. Its optical shutter lets it capture images consecutively in less than one-trillionth of a second. STAMP has been proposed to improve the study of chemical reactions and heat conduction. Earlier gold standard for high-speed, real-time recording utilizes a method known as the pump-probe process that requires repetitive measurements.

“Spooky” Quantum Entanglement Reveals Invisible Object: a quantum camera captures images with two-colored light that never “saw” the object. Quantum Entanglement Camera Images Object With Photons That Never Come Near It  article conventional imaging devices like cameras and x-ray machines create pictures by detecting photons that interact with the things being imaged. Now researchers have developed a new quantum imaging technique that shines a beam of photons on an object but then, instead of using these photons to form a picture, uses instead a completely different beam that has never come near the object. If this sounds a bit spooky, it is: what connects the two sets of photons and allows this technique to work is the bizarre quantum physics phenomenon known as entanglement (a fundamentally quantum mechanical relationship between two particles). The advantage of a quantum entanglement camera like this is that you can illuminate an object using photons with a certain wavelength and then use entangled photons with a different wavelength to form the image.  The current research, is published in this week’s issue of the journal Nature. Researchers used a quantum entanglement camera to image a cat etched on a piece of silicon. 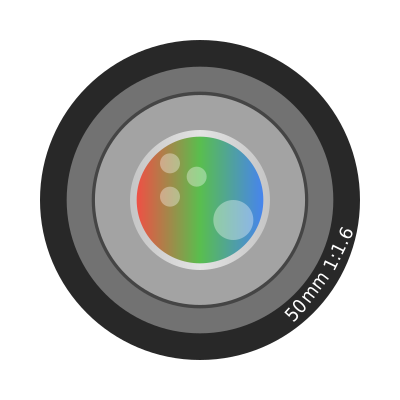 A “Sound Camera” Zeroes In on Buzz, Squeak, and Rattle article tells that eliminating noise during the design and prototyping phase of car can pay big dividends: Annoying noise—what the automotive industry calls “buzz, squeak, and rattle” (BSR)—is the leading cause of customer complaints about new cars. But eliminating this noise is very difficult. Designers at Hyundai Motor Group enlisted SM Instruments, a Korean acoustic-engineering firm, to help them quickly locate irritating 200 Hz-to-20 kHz noises in car: SeeSV-S205 is a compact, hand-held “sound camera”, that, in real time (25 frames per second), superimposes a sound heat-map over the video image to quickly localize the sound. The sound locating is done using an array comprising dozens of inexpensive-but-sensitive MEMS microphones and signal processing.

Thermal imaging cameras are become smaller and cheaper. Thermal imaging cameras used to be very expensive big instrument, but nowadays there are even reasonably priced smart phone thermal camera accessories. Lepton Sensor has an OEM module that is the first IR thermal microbolometer that is near the size of the small cameras made to fit into a smartphone or tablet. It comes in the form of a smartphone case that fits either the iPhone 5 or 5S.  Unlike some thermal cameras, this small unit does not require an external cooler and has all of its image processing in a single chip.  Created by FLIR Systems, the FLIR One is the first consumer-oriented thermal imaging system for a smartphone (it uses Lepton Sensor). More commercial accessories seem to be coming from other companies. And well as DIY plans.