The powerCON is an electrical connector manufactured by Neutrik for connecting mains power to equipment in a small space (smaller than IEC connector commonly used on PCs).

Neutrik powerCON 20 A is a locking 3 conductor equipment AC connector with contacts for line, neutral and pre-mating ground contact. It is a rugged solution that has a locking device in it. It is suitable for applications where a reliable power connection is needed (no loose wire accidentally pulled out of device). Neutrik powerCON 20 A is most commonly used for entertainment system power distribution (for example lighting equipment)

The original and most common version of the powerCON is rated at 20 A. It comes in two deliberately incompatible variants (one for power input and other for power output) .The type A is blue and used for power sources (power flows out of a blue-ended cable, into a chassis socket).

The main advantages of the powerCON are high current capacity in a small space and locking. The main disadvantages are cost and reliance on a single vendor. Biggest electrical disadvantage is that powerCON is a connector without breaking capacity, i.e. the powerCON should not be connected or disconnected under load or live! That unfortunately makes them  unsuitable for equipment used by untrained personnel.

Hare is a powerCON connector I found from Chinese outlet. It seems that we might not be anymore tied to one manufacturer…. 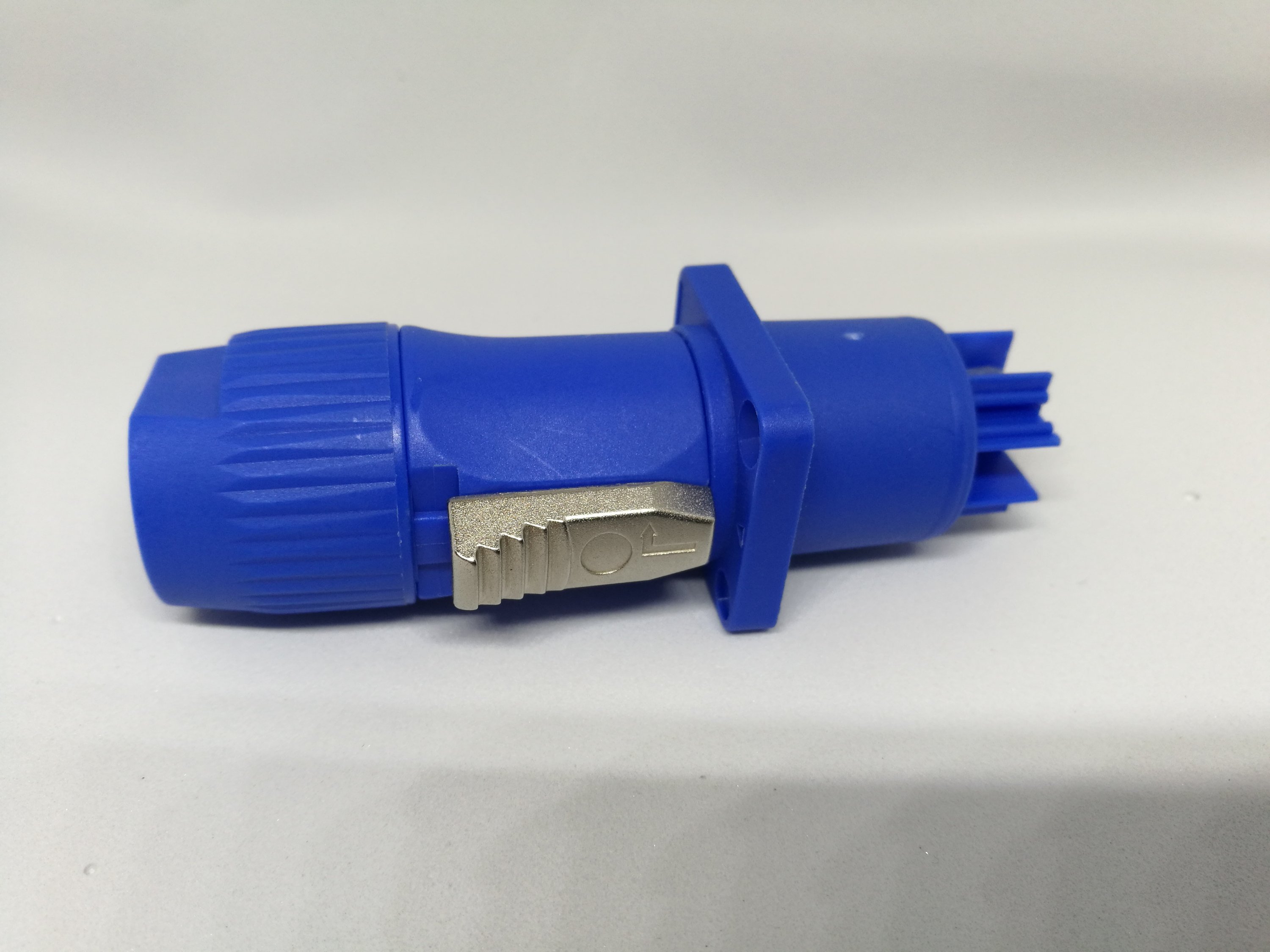 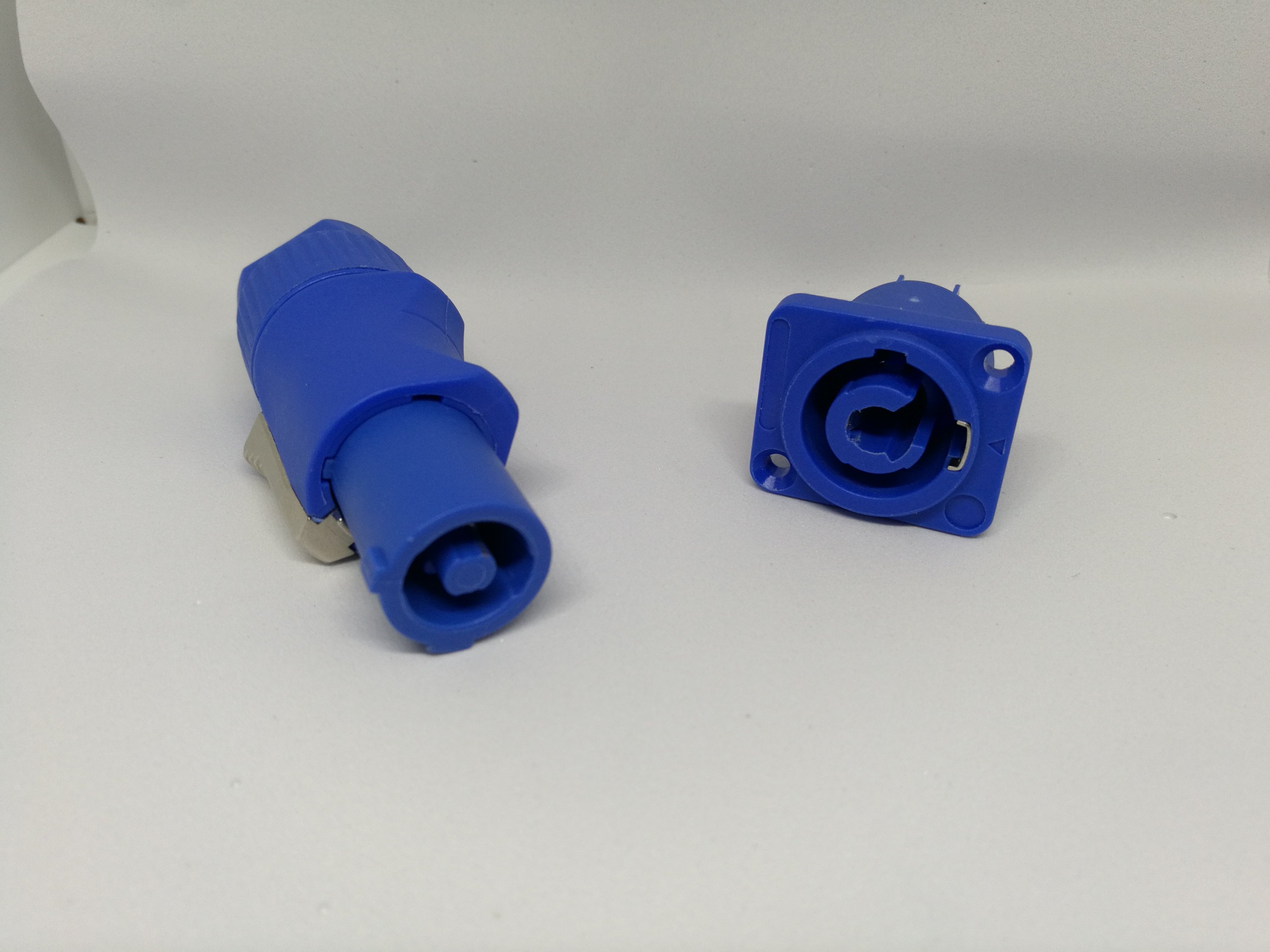 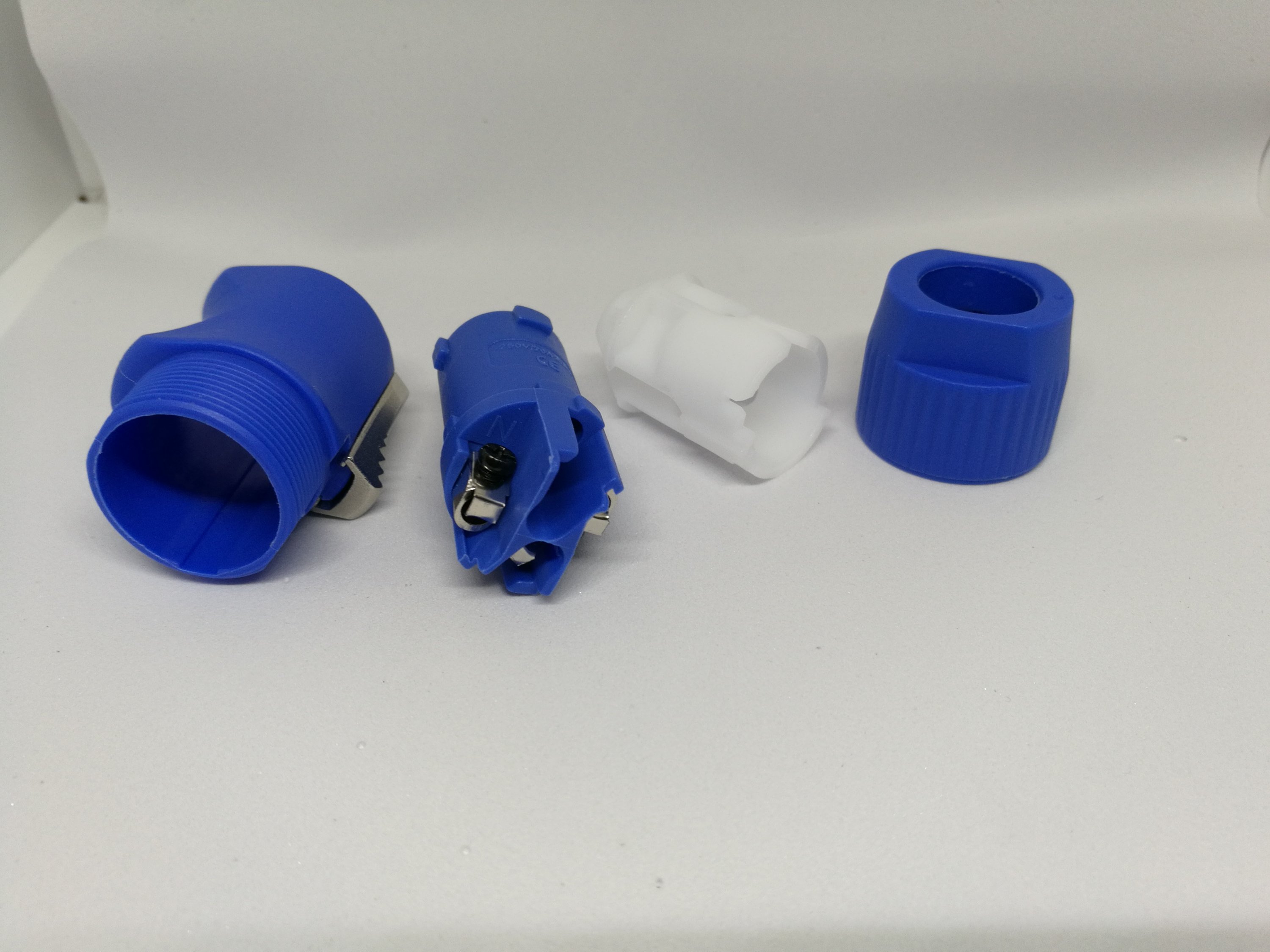 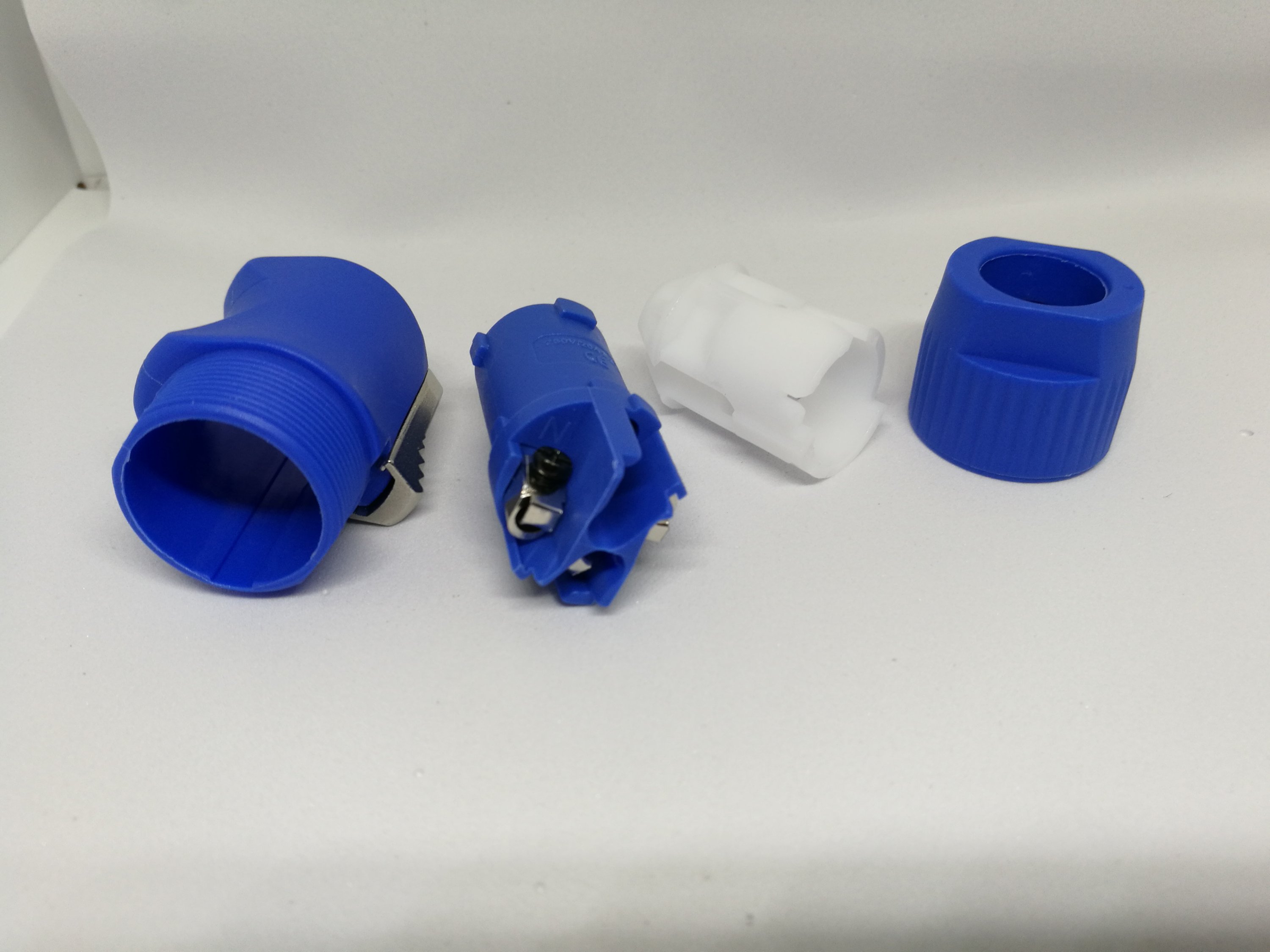 It seems that There are lots of non-Neutrik PowerCon connectors, most of which are made in China. While there is some question regarding patent violations, lots of off shore manufacturers make their verison of the PowerCon and also equip sound and lighting products with non-Neutrik versions of the PowerCon. There are ways to spot a counterfeit – and mine looks like one.

In addition to original powerCON (nowdays known as powerCON 20 A), there are also other connectors nowadays on powerCON product family. Neutrik has introduced a larger 32 A version of the powerCON.