The Rise and Fall and Rise of Virtual Reality

Is virtual reality hot or not? At this time it seems to be very hot again. In the wake of Facebook’s purchase of Oculus VR, can this revolutionary technology triumph anew? The Rise and Fall and Rise of Virtual Reality article is a good (long and detailed) overview of what virtual reality has been and what it’s situation is nowadays.  The promise of virtual reality has always been enormous. Put on these goggles, go nowhere, and be transported anywhere (same escapism peddled by drugs, alcohol, sex, and art). Yes, it’s man meets machine, but what happens is strictly within the mind.

A definition of virtual reality has always been difficult to formulate. The promise of the idea was shrouded, but it was many times concealed under clunky visuals. But the concept was worth pursuing (especially the military). The utopian ideals of a VR universe were revisited by a small crew of inventors in the late ’80s and early ’90s. At the time the personal computer was exploding, and VR acolytes found a curious population eager to see what the technology had to offer (I was one of those experimenting with devices like 3D glasses). The current state of VR was not enough, it turned out. The vision simply did not match the means. In the mid-’90s, VR as an industry basically closed up shop. It was overshadowed more promising technological revolution: the internet.

Then, two years ago, Palmer Luckey, a kid born during the waning days of VR’s late-20th-century golden era, put the pieces together using improved technology: developed the Oculus Rift, his own version of a clunky headset. The graphics were still basic but the experience was, surprisingly, lifelike. It was followed with product like Android Cardboard DIY Virtual Reality Headset. Virtual reality is hot again, and curious population (including me) is again eager to see what the technology has to offer now. 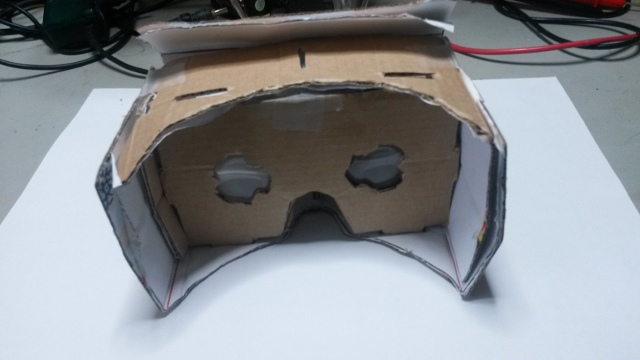